Search
Home
Reviews
Kingston HyperX Savage 240GB SATA SSD Review
After the controllers have cooled, I think it's perfectly safe to say that Kingston really did their homework with the HyperX Savage SSD, earning it an "A" in terms of performance and quality.
Pros
Cons
2015-04-28
9.5Overall Score
Prev1 of 2Next

Do you remember Kingston’s first HyperX SSD? It the one sporting an anodized blue aluminum and composite housing. A formidable high performance SSD that utilized a SandForce controller, that created a love-hate relationship among many enthusiasts. While one side blamed the motherboard chipset for some performance quirks, the other side pointed fingers at the controller. Thank goodness those days are gone!

Kingston has had plenty of time to consider a lot of different NAND and controller combos since then. For example, we’ve seen their entry-level enthusiast HyperX Fury do quit well, utilizing a Phison SATA 3.0 (6Gb/s) controller. Now, they’ve taken that Phison a step further for mid-range enthusiasts, offering higher performance with the new Kingston HyperX Savage SSD. Originally promised to us at CES 2015, we finally get to see just how Savage it really is! 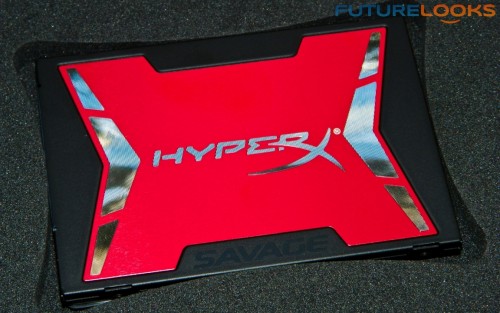 The Kingston HyperX Savage essentially replaces the original Black HyperX 3K. The HyperX Savage SSD gets its performance from a Phison PS3110-S10 8-channel controller and asynchronous 20nm Toshiba (A19) NAND. The HyperX team has assured us that they’ve found a winning combo with these two manufacturers. Thanks to the 20nm NAND, HyperX can offer SSDs with larger capacities. That said, the HyperX Savage comes in 120GB up to nice and beefy 960GB models.

The Savage offers up to 560MB/s read and 530MB/s sequential write performance. IOPs gets up to 100,000 read and 89,000 write. These are pretty darn good specs for a mid-range SSD, as this used to be the higher end performance we’d find on more expensive drives. 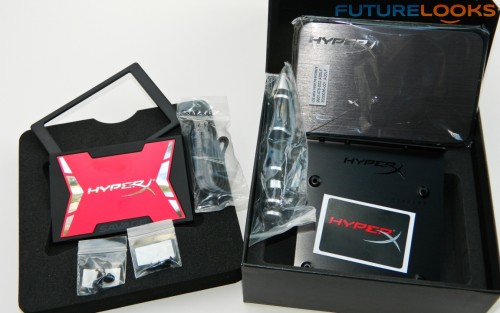 The HyperX Savage Upgrade Kit will come with everything you need to get setup with minimal fuss. The bundle includes a USB 3.0 enclosure for those that want to use it as a mobile storage device, USB micro-B cable, 3.5″ adapter bracket with screws, SATA cable, multi-bit tool, 7mm to 9.5mm adapter with screws (for notebooks) and Acronis migration software.

The Acronis software is very handy for mirroring over your current operating system partition. Just make sure you order one of the larger model Savage SSDs if you have a fat OS drive. Otherwise, you can always move the extra bloat files over to a platter and then mirror to the SSD of choice. 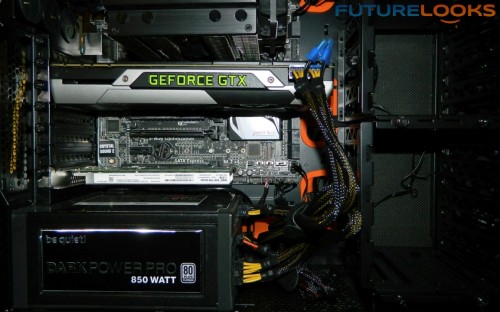 The Kingston HyperX Savage SSD was paired with the same MSI X99 X99S XPower system we original used for testing the illustrious Intel SSD 750 PCIe card. The platform has plenty of PCI Express lane bandwidth. Here’s the run down of components.

We’ll of course be testing on on an installation of Windows 8.1, fully patched, and updated as of the publishing of this review. Let’s get on with the benchmarks!