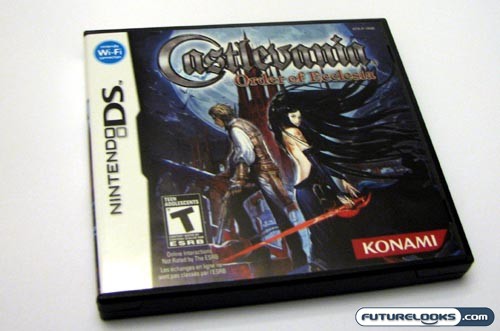 For me, some of the best games available on the Nintendo DS are those with a nostalgic flair. Sure, I can get interested in some new titles from time to time, but the ones that captivate me the most are ones that cash in on the their retro appeal. From New Super Mario Bros. to Tetris DS, these are the games for me. And that’s why Castlevania: Order of Ecclesia catches my initial interest.

While I did play the old Castlevania game on the original Nintendo Entertainment System (NES), I have yet to really explore the other two Castlevania titles on the DS: Dawn of Sorrow and Portrait of Ruin. Not exactly sure what to expect, I was pleasantly surprised with what Order of Ecclesia had to offer.

Dracula’s Back (But the Belmonts Are Not)

That super stylish vampire just doesn’t know when to quit! After seemingly being slain over and over again with all of these games from the Castlevania franchise, good ol’ Dracula is back to his blood-guzzling and havoc-inducing ways. Whereas the primary enemy in Order of Ecclesia is familiar, the protagonist is not. In the other Castlevania games, you typically took control of a male member from the Belmont clan, but that’s not the case here. Instead, we find a heroine named Shanoa. This is a fresh departure from the old formula and it’s largely for the better. 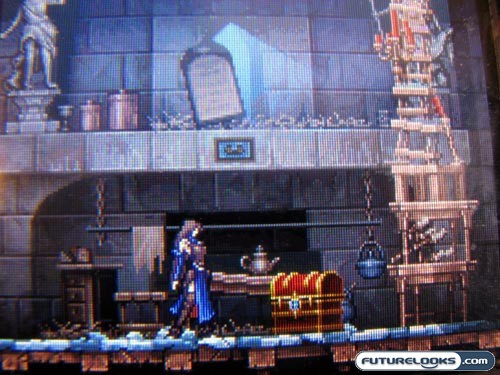 Overall, the gameplay will feel pretty familiar. I’m glad that Konami didn’t force this game into three-dimensions, because a side-scrolling 2D Castlevania is much more effective and totally cashes in our my desire for nostalgia. The graphics are simple and are SNES quality at best, but they’re quite effective nonetheless.

Weapons play a big part in many video games. Mario just wouldn’t be the same without his magic mushrooms and Gears of War just wouldn’t be as thrilling without the chainsaw gun. Much of the same can be said about the Castlevania series and your ability to crack the whip as the protagonist. 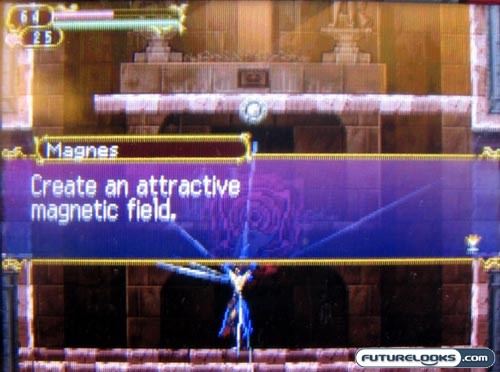 Fortunately or unfortunately, Konami has decided to cast the whip aside, because the main character is not one of the Belmont clan. Instead, Shanoa is a more into the magical end of things and that’s how she gains a whole whack of different attacks and abilities known as glyphs. Through this glyph attack system, Shanoa is able to absorb the abilities of certain fallen enemies, adding these to her arsenal.

You are able to equip yourself with a couple of these attacks at a time, swapping them out via the pause menu. This also plays into the puzzle parts of the game, because there are instances where you’ll need to combine glyphs a certain way to defeat certain enemies. This system lends itself to a collect-a-thon, but this just adds to the appeal of Order of Ecclesia. It’s something a little different, yet it still retains the classic Castlevania feel.