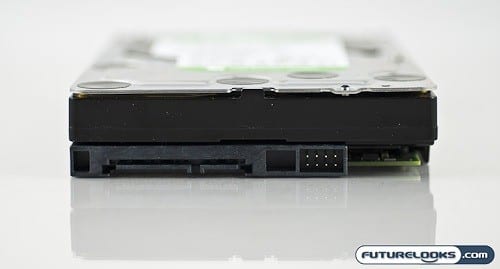 Using HD Tune Pro, I ran full read and write tests on the two closely compared drives, the Caviar Green 2TB WD20EADS and the GreenPower 1TB WD10EAVS to come up with some numbers for comparison and discussion. Let’s see what a year of new technology adds to the mix. 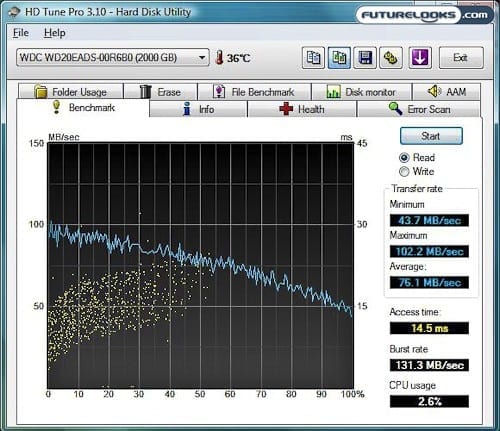 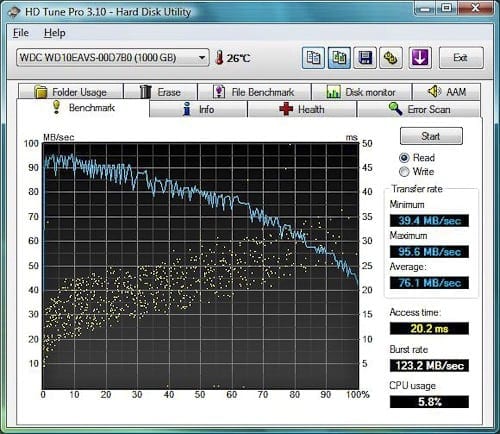 Starting with the read test, we can see that the combination of updated technologies, denser platters and large cache quickly put the older sibling to shame. All of this, while maintaining fairly similar power consumption numbers. Even when compared to the likes of a Seagate 1TB 7200.11, the WD20EADS holds it’s own putting down numbers that frankly, aren’t too shabby. Especially when it can do it being less power hungry, quieter and cooler running and both of these characteristics are instantly observable without the help of instruments.

The WD20EADS also holds up extremely well to its performance siblings like the Caviar Black and the Velociraptor. Both of which use more power and make quite a bit more racket. In fact, the results thrown down by the WD20EADS are so close to that of the Caviar Black WD1001FALS that we wonder if Western Digital made it too fast and efficient. Of course the Velociraptor still has nothing to worry about. Let’s see if the write tests tell a similar story.