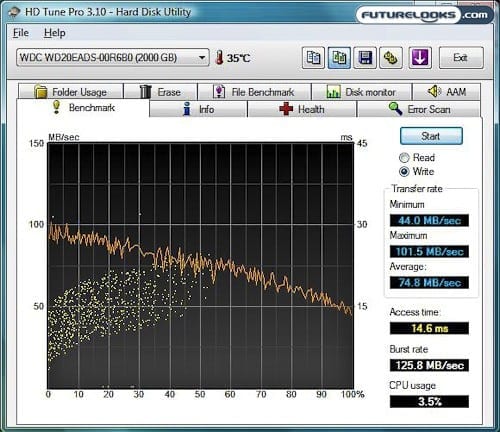 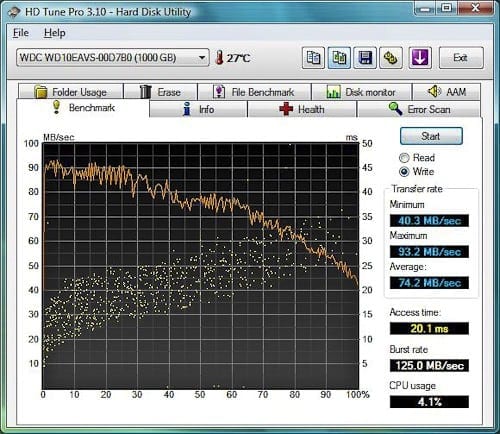 Unlike the read tests, the WD20EADS may still be bigger and stronger, but its older sibling still holds on in the read test. But despite the similar power consumption numbers it is clear that the newer technology still beats the old. Curiously enough, compared with our HD Tune Pro write test results from our Western Digital Caviar Black 1TB review, it seems that green power not only means eco friendly, but it also means that it’s pulling away at the light from its higher performance sibling.

Again, WD Velociraptor is still comfortably at the top of the food chain, but its small size compared to the massive WD20EADS may make that species extinct if it doesn’t keep up with the diet and bulk up down the road. 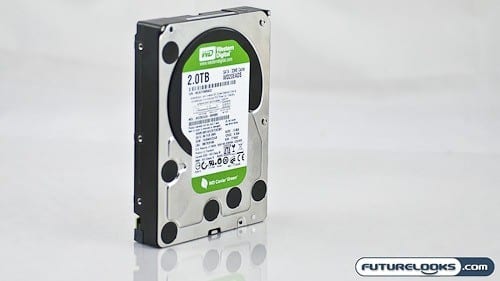 The Western Digital Caviar Green 2TB (WD20EADS) SATA hard drive clearly stands alone as one of the largest hard drives to hit the market yet. With four platters of 500GB goodness spinning at a measly 5400RPM, you would think that it wouldn’t be able to defend itself against other predators. That’s clearly not the case as it not only proves that the new technology is working, but it has also made a surprising move against a superior adversary in its own family: the Caviar Black 1TB. I almost find it hard to believe.

With our testing out of the way, it’s quite clear that lower spindle speed doesn’t mean lower performance. It can also mean cooler, quieter and of course, much lower power consumption. However, until economies of scale takes effect, the $349 US price tag really makes it a premium product and hard to recommend unless you have money to burn or are one of those die hard Eco Friends that will save gas by going the speed limit.