When you picture the stereotypical gamer, you probably see a pimple-faced teenager with no real friends. On the other hand, you may also see someone hovered over his computer, screaming out directions to the rest of his “guild” as they try to complete the next quest in World of Warcraft. If you’re a little more old school, you might remember busting through rolls of quarters at some shady-looking arcade.

That image has now been smashed. Video games are most definitely a part of the mainstream and are really no different than getting your entertainment through music, movies, and television. With this growing popularity, it seems that the face of the gaming demographic has changed substantially as well. They’re not kids and teens anymore. They’re your moms, your working professionals, and even dear old grandpa and grandma. Nothing seems to suit the perfect family better than the perfect video game.

The Emergence of Gaming Family Night

A survey was recently commissioned by the Entertainment Software Association of Canada (ESAC) and conducted by Ipsos Reid. What they found is that “video game night” is quickly emerging as a new pastime for many Canadian families. 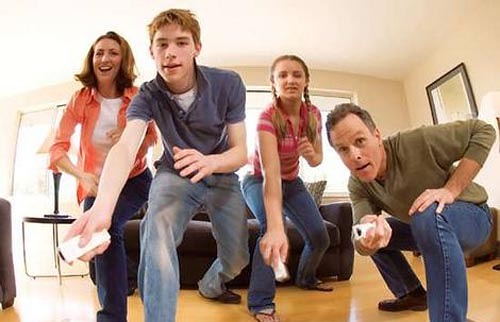 According to the study, 69% of adults believe that there is “a good selection of options available that are well-suited to playing video games as a family.” As you can imagine, these games would include offerings like Wii Sports and Wii Fit. Given the intuitive nature of the control scheme, it wouldn’t take much to get the family involved in a rousing session of Mario Kart Wii or Super Smash Bros. Brawl either. Depending on their interests, family gaming night could also involve games like Madden NFL, Cooking Mama, and Rayman Raving Rabbids. 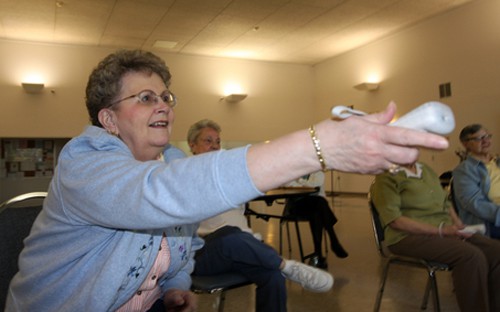 There are two keys to having a successful family video game night. First, the controls must be simple enough that everyone involved can understand and enjoy the game. It may not exactly be appropriate for grandma to figure out the intricacies to Gears of War or Heavenly Sword. By contrast, it doesn’t take much to teach even the most technophobic parent how to get involved in a session of Wii Sports: Bowling. Look at granny above. She gets it.

The second key to a successful family video game night is the appropriateness of the material. Even though the recent focus is on more adult-oriented titles like Call of Duty 4 and Soul Calibur IV, the vast majority of games are perfectly fine for children. According to the ESRB, 59% of games launched in North America in 2007 are rated E for everyone. An additional 10% are rated E10+ for everyone 10 years and older. 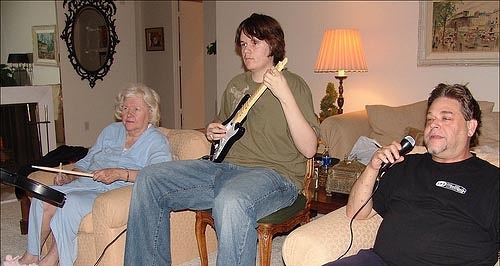 Families may find the most enjoyment and “quality time” with non-traditional video games. They may have steeper learning curves, but the whole family can get involved with Guitar Hero and Rock Band too. Young kids can be introduced to the songs of their parents’ generation. If it wasn’t for these rhythm games, children would not be as familiar with The Who, Aerosmith, and Metallica as they are today.