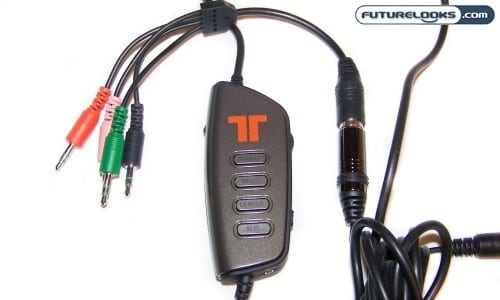 One cool feature built in to the ear cups are the logos that that light up when the head set is active. Don’t worry, you can turn them off by using the inline-controller above. Otherwise, the logo doesn’t get bright at all. It’s actually quite tastefully lit overall. We think you’ll like it.

Equally impressive is the quality of the In-Line wiring and Controller. The Controller matches the cosmetics of the AX51 Pros perfectly and the buttons are easy to read. They are also back lit so you can see what you’re doing in the dark.

The cabling is also thick and highly rubberized, preventing kinking and makes bunching up less likely. We all hate having to worry about that when in the heat of battle. 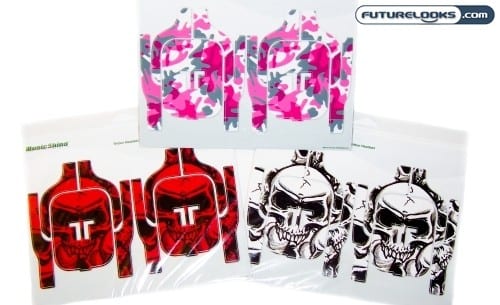 How sick are these? To match the great cosmetics of the headset, Tritton has created some special after market vinyl stickers that will set your headset apart from others. These can be put on and taken back off cleanly and are available directly from Tritton or wherever they sell the headsets in your neck of the wood.

While camouflage pink is down right cool, it just doesn’t quite say “Futurelooks Elite!” For this reason, Tritton offers a black skull set and a red skull set of stickers. I’ll even clue you in to the fact that more personalized options have been discussed and could be a future possibility. It would be pretty slick getting some customized stickers made for your clan, or maybe even ones using your own graphics.

Most importantly, when Tritton is ready to roll, they promised that the custom goodness will NOT cost you $300.00 like what those guys at Astro Gaming charge!

Set Up and Configuration 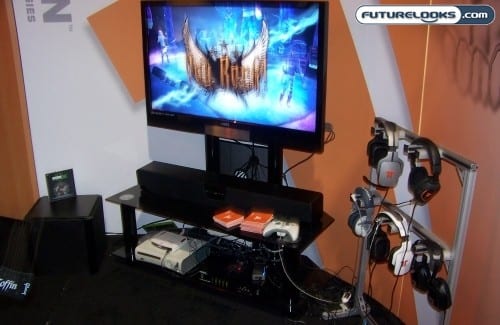 While 9 out of 10 users won’t need to even read the directions, we’re going to help you out with a few notes worth mentioning. This is based on my experiences working with the four head sets used on the gaming machines at Antec’s PAX booth along with notes I’ve taken while living with them for the past few weeks.

These are all the audio solutions on hand I’ve been able to try the head set with:

First, it’s best to connect the AX51 Pro while the system isn’t running. While the audio is basically pass through, newer systems will likely have less of an issue. However, older motherboards with older integrated audio Codecs may experience a feed-back, conflict issue. That’s because the integrated audio chip can’t keep up with the head set. If this happens to you, it’s probably time to pick up a better audio card anyway. 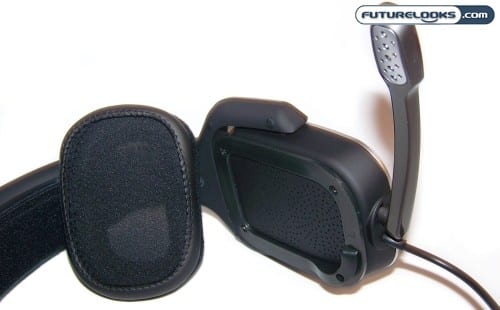 Even though you don’t have to connect the Mic, we must do so in order to make sure all things work properly. Simply insert the base of the Mic in to the bottom of the headset and follow up by giving it a slight twist to lock in the place. The removable mic also means that the headset can be used strictly for stealth audio duties as it looks like a regular set of headphones without it.