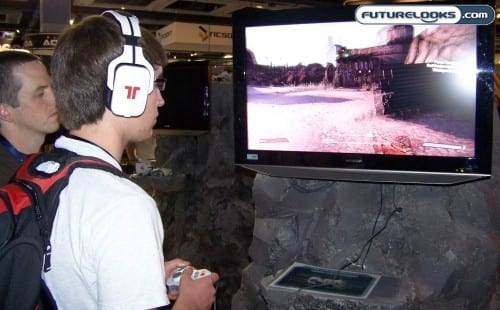 Since PAX was the best possible hands on scenario to conduct some user reviews, 12 random gamers were asked to rate the AX51 on a scale of 1 to 10, guess the retail price, and then offer any comments. Only two people guessed close to the $90 retail price. The rest increased their initial rating once they learned that their $120 to $140 price tag was incorrect. As a matter of fact, it boosted the rating to 8.95. (Someone didn’t like whole numbers.)

Words like explosive, deep, and insane were used more than a few times during the comments. I also heard my testers enjoying the fact that they were able to change the volume easily with the Inline Audio Controller. On a couple occasions, I had to show them that we weren’t trying to sneak in a nice sound card to juice up the tests. 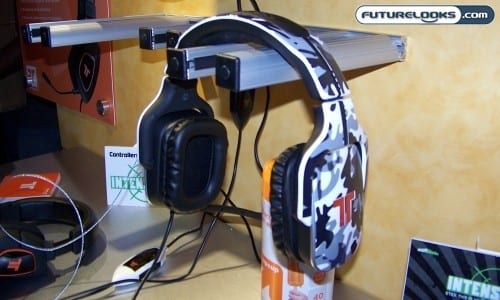 As for my own impressions, I felt the mid and high frequencies are very well tuned for a clear performance. The bass response is super clean as well, thumping with seemingly earth shattering energy. Using the inline audio controller allows you to easily adjust the audio as you see fit to create the experience you want. It actually worked great for finding the right blend of settings to work with music. You’ve got to love being able to do that as traditionally, gaming headsets are gaming headsets and not so much music listening headsets.

The AX51 Pro does make you think you have a far better audio solution than you own, allowing a rather uneventful, flat integrated audio Codec can basically emulate characteristics of a more impressive audio device. Of course, this is mainly due to the AX51 Pro’s ability to amplify the audio where the cheaper Codec comes up short, and not reveal the bad points of the source.

Since comfort is king, I am happy to report that my initial impressions hold true for long term gaming. They will be comfortable for the long haul. 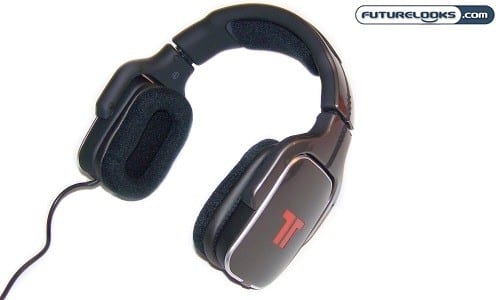 It’s not uncommon for audio processors to produce frequencies and sounds you can’t always hear, especially when they’re budget level processors. A really good, capable headset can help bring out the sound you’ve been missing. Technically speaking, the AX51 Pro Gaming Headset can help provide every possible frequency for whatever audio environment you need.

To add a little more perspective, the AX51 Pro is definitely superior to any of my treasured Altec Lansing or Razer Barracuda headsets pushing the $120 price tag. I’m sure this might seem impossible to a few ‘fan boys’, but this is just based on the best possible scenarios and action packed gaming environments. Besides, twelve other gamers would’ve done anything to get a pair during my random sampling of testers.

If you want better than this, you’ll have to step up in to the Extreme Audio Gamer bracket and dig deeper in to the wallet for Tritton’s own AX Pro. With so many things making it the right choice, the best thus far experienced from a sub $100 head set. I’m slapping my Editor’s Choice badge all over it. Otherwise, the AX51 Pro is the ultimate gaming audio experience. Well, at least till I put these super cool Skull Stickers on it.