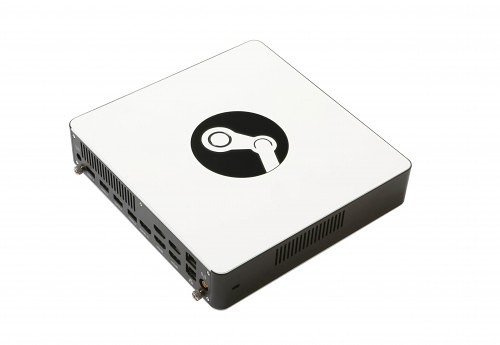 Valve’s Steam Machine movement may have been upstaged by NVIDIA’s Shield Console. However, there is still very strong support for that platform from the industry. Yesterday, ZOTAC launched their SN970 Steam Machine, which is based on the company’s work in developing smaller all in one PC products under the ZBOX name, and will delivery high quality 4K gaming, plus, allow you to keep the “graphics sliders on ultra” according to Tony Wong, who is the CEO of ZOTAC.

The system will have a refreshed chassis that is heavily influenced by the company’s already diverse ZBOX line up, and will feature the Intel’s 6th generation CPUs, and NVIDIA discrete GTX Maxwell level GPUs onboard. You’ll also be able to connect up to four displays simultaneously (via four HDMI ports), giving you the ability to use NVIDIA Surround and Steam Big Picture, for a more immersive gaming experience. And to add to that experience, the ZOTAC SN970 Steam Machine will be bundled with a Steam Controller.

Other hardware specs include a 64GB M.2 SSD and a 1TB 2.5″ HDD, to house the pre-installed Steam OS, and store your games. You can basically just boot it up, login to your Steam Account, and start playing. It’ll also come equipped with 802.11AC wireless, which will give you maximum wireless throughput, with a compatible router. Or you can plug in via the two Gigabit dual LAN ports.

No pricing or availability has been announced, but we expect that the information should be coming soon. Since it looks a lot like a ZBOX EN860 (as shown in our CES 2015 coverage) with a Steam Controller and the SteamOS pre-installed, it will probably be at least $100 – 200 more than the $549 US asking price of the “PLUS” model of that unit.

More photos of the unit below.