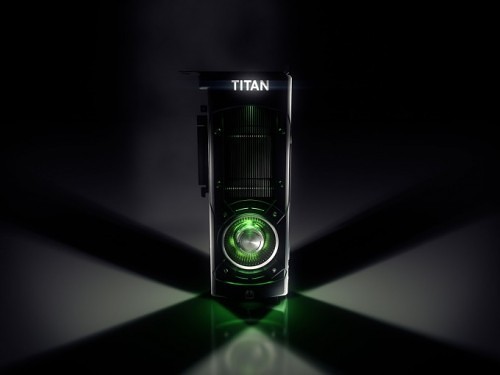 As if NVIDIA didn’t steal the show already with the announcement of their new Shield Console at GDC 2015, they had to one up themselves with another major hardware announcement. Last year, they unveiled the Dual GPU Titan Z, which is still an incredible GPU even today, but of course, that’s so last year. So during EPIC’s “State of Unreal” event, they invited NVIDIA’s CEO, Jen-Hsun Huang, to talk about something that would allow them to unleash the potential of their latest game engine. That solution is the NVIDIA Titan X.

According to TechGage, the NVIDIA Titan X GPU features a massive 8 billion transistor count, which is 50% more than the already powerful, GTX 980. It supports the same 12GB frame buffer as the Titan Z, which was introduced at the NVIDIA GTC event last spring.  As noted by Hot Hardware, the card definitely does look a lot like the GTX 980, but as we can briefly tell by the specs, it’s definitely no GTX 980. Early speculation would have us believe that this must be a new Maxwell revision. And because it uses the same cooler as a GTX 980, it must also be, even more efficient, to maintain thermal and power requirements for that heat sink.

Needless to say, Tim Sweeney of EPIC is a lucky guy right now, because Jen-Hsun Huang gifted the first NVIDIA Titan X sample to him. Hopefully, we’ll be able to get our hands on one to test out in the coming months.