Although E3 2009 was all about console games for the Microsoft Xbox 360, SONY Playstation 3 and the Nintendo Wii, there were a few select titles for the hardcore PC gamers out there. Here are four select titles that should make PC Gamers very happy once they hit the shelves. They include Bioshock 2, CrimeCraft, bRogue Warrior and Modern Warfare 2. 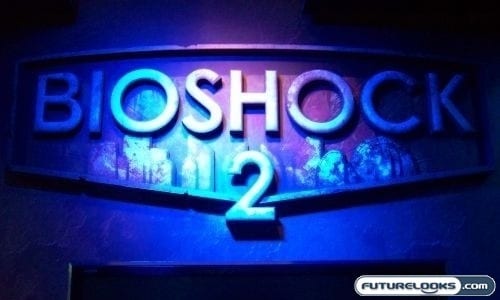 Just a couple years ago Bioshock was one of the most exciting games of 2007 that was heralded for its unique and exciting plot. All of this took place in the depths of the sea in one of the scariest settings of any game since FEAR. It offered new physics and game play that made it all the more original. If you were a fan of Bioshock and have patiently been waiting for signs of a sequel, it’s here. 2K officially announced and presented their highly anticipated sequel Bioshock 2. The game is well into the development phase offering a new perspective to the original.

This new game begins ten years after Rapture. Rather than being human, you’re now Big Daddy. But not just any Big Daddy. You’re the first Big Daddy who managed to get back your free will. You also move faster, you’re more agile, and you have better weapons. You’re also able to use plasmids and can choose to follow or harvest the “little sisters”. That is, if you can defeat the new “Big Sister”!

Unfortunately, the game was shown totally behinds closed doors and no photos or videos were allowed to be taken. Hopefully we’ll be able to get some posted later this year. Until then, look for it on the shelves about the beginning of November.

One of the great things about events like PAX, E3, or E-for-All, are the new games and gaming concepts being appled to various genres. Here, we have a brand new game title well under way by Vogster that again offers some unique features in terms of player interaction. Check out the video below:

This could prove to be one of the most successful, larger multiplayer video games of 2009. After meeting with the developers, we’re expecting great things from them in the future. CrimeCraft is poised to launch September. 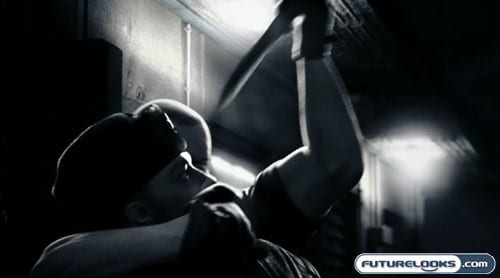 Strolling the many booths, we found Rogue Warrior being developed by Rebellion at Bethesda’s booth. Based on Richard Marcinko’s real life accounts which took place in 1986 behind enemy lines, it follows the protagonist as he looks to settle some scores with some serious, bone crunching and knife skewing game play. We got a sneak peak inside the booth of what they have come up with so far. From what we’ve seen in terms of interaction, player movement, enemy AI, and overall feel, it’s quite different when you can take on a more “hands on” approach with your trusty field knife.

It’s still in the development stages and not ready for prying eyes quite yet. The developers promised some new refinements and game play soon. In the meantime, you’ll have to settle for the official Rogue Warrior Trailer and a release date sometime around October.

After a little recon (fancy word for standing in line for quite some time) and speaking with a couple Planet Battlefield fans, Activision is working on what is probably the most anticipated first person shooter of E3 2009. This highly anticipated follow up to Call of Duty: Modern Warfare, known only as Modern Warfare 2, looks to be another excellent step in the evolution of Activision’s game devolopment capabilities.

Here’s the official trailer right off the show floor:

Despite getting a peek, the developer is still keeping its current progress under wraps till Beta testing satisfies the designers. While we’re almost assured some more official footage between now and November 10 2009, we’re all going to have to wait to put it to the test.