That was going to be the one saving graces of this device. Given the generic branding, I was hoping that they’d install a vanilla build of Android 2.2 Froyo and call it a day, eschewing the custom UIs that companies like HTC, Samsung, and Motorola have developed. Sadly, that’s not the case. Not only is there is a skin, but the Android-ness is almost lost completely. 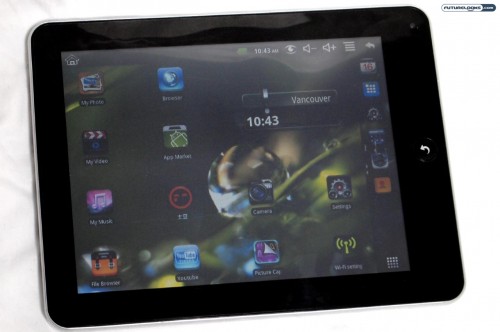 That’s the home screen that you see above. The other thing you’ll notice is that the iPad-esque home button is really the Android back button. The other three buttons, which are usually implemented in Android devices as touch-sensitive portions in the bezel, are non-existent. They’ve been relegated to virtual buttons in the taskbar. This becomes an issue in apps that take up the whole screen, since you basically lose access to their functions altogether.

The one good thing? The app listing can be automatically organized into categories like “game” and “network” for easier access. At least that would be a good thing, except…

Where Is Android Market? 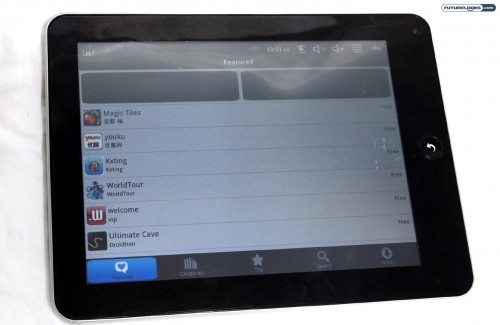 It doesn’t have access to Android Market. Want Angry Birds? You can’t have it. Want Hootsuite? Nope, that’s not there either. Pretty much all of the great apps that help to make Android such a compelling platform aren’t available to you.

Instead, you get some oddball third-party “Android App Market” to get your apps. We’ve seen other (larger) companies take this approach too. I don’t like it there and I like it even less here. The generic “made in China” vibe of this device gets carried right through to the lesser app store. There are fewer apps and the ones that are there are of lesser quality. I guess you could call it a “CRAPP” store. 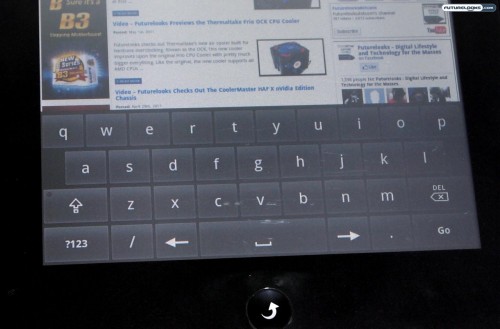 Resistive. Seriously. In 2011. That can’t possibly be right.

There’s no stylus included, so you’d assume that a fingernail should work reasonably well. Unfortunately, accuracy is anything but perfect and responsiveness isn’t much better. It’s almost like you’re trying to tap through fifteen layers of plastic to get any kind of response. And because it’s resistive, you don’t get any of the multitouch gestures that you’ve come to expect from tablets either. 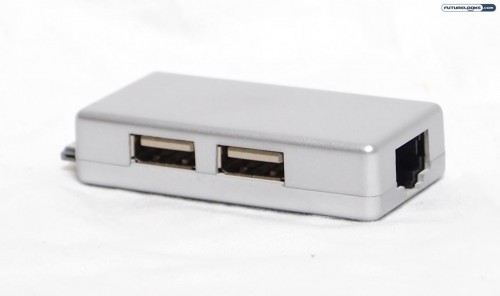 On paper, the MID M30003W sounds like it could be a reasonably promising device. Then, you start using it and realize why it’s priced the way that it is. There’s only a front-facing camera, rendering this tablet useless for taking pictures of anything but yourself. The lack of access to the real Android Market is pretty depressing too.

On the flip side, there’s that bonus dongle that connects via what looks like an iPod connector (except that it’s not). This dongle gives you an Ethernet port if you want a wired Internet connection, as well as two real USB 2.0 ports for accessories, flash drives, and so forth. That’s actually pretty useful, considering this tablet has a real file manager too.