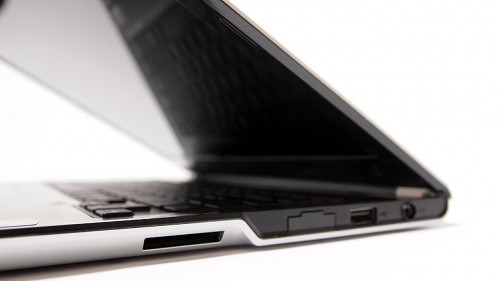 It used to be that there was a great divide between the world of desktop PCs and notebook computers. If you really needed a powerhouse of a machine that could handle your high-end gaming and video editing, there really was no choice but to go with a desktop. If you wanted to take your work on the road, naturally a laptop was the way to go. However, in recent years, we’ve started to see much more of a blending of the two.

There are certainly super powerful notebooks out there now. You can spec out a Core i7 laptop that can handle just about anything you toss at it. That’s why we see higher-end gaming laptops from companies like Alienware and MSI, but the curious thing is that the computer market is still evolving. What we consider to be a “laptop” or “notebook” doesn’t have to be restricted to that clamshell with a keyboard. 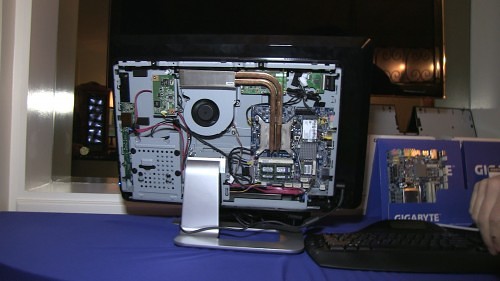 It wouldn’t be completely fair to say that these are brand new form factors, but the concept of the all-in-one PC is something that Microsoft and Intel want to push with the slow and steady rise of Windows 8, especially with its touch-centric UI. These new machines are so thin and compact that conventional desktop hardware just can’t get shoehorned in there; instead, what we are effectively getting is the guts of a laptop shoved into a display of 20-inches or better. Some of these are decidedly consumer-oriented without too much heavy lifting needed, but you can easily spec these out to do much more, just as you would with an i7 laptop backed with more RAM and better graphics.

You might remember at CES 2013 earlier this year when Stephen met up with the good people at Gigabyte. In that video, Gigabyte revealed something quite unique that they’re working on: a DIY AIO PC. There are plenty of ways to do the DIY PC thing, but it’s another thing altogether when you’re able to put that into an iMac-esque all-in-one form factor. Again, regular desktop hardware just wouldn’t suit this purpose, but laptop hardware — even that from an Ultrabook — could prove positively intriguing.

Given this, what does this mean for the PC market moving forward? Many of us already upgrade our laptops by swapping out the HDD for an SSD or throwing in more RAM, but is it only a matter of time before the level of DIY-ness we enjoy on desktops gets expanded to AIOs and notebooks? Maybe. And what about other possible form factors? Computer companies are increasingly looking to (literally) look outside the box for new opportunities. 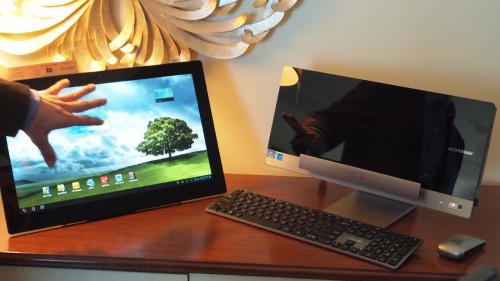 Windows 8 seems to be providing some of those opportunities. You’ve got your conventional laptops, to be sure, but there are more and more convertibles too. You’ve got notebooks with displays that swing all the way around. You’ve got the “tablet and keyboard dock” configuration, even though the guts of that tablet are notebook components through and through. For now, most of these convertible PCs aren’t packing the heavy horsepower, but it’s only a matter of time.

I’m not saying we should all be abandoning our conventional desktops. What Iam saying is that people who want the power of Core i7 and dedicated GPUs don’t have to feel restricted to the tower you tuck under your table. If you want to take that power on the road, you can.

Do you think your next next DIY computer might be more heavily inspired by what’s going on in the portable and all AIO space?