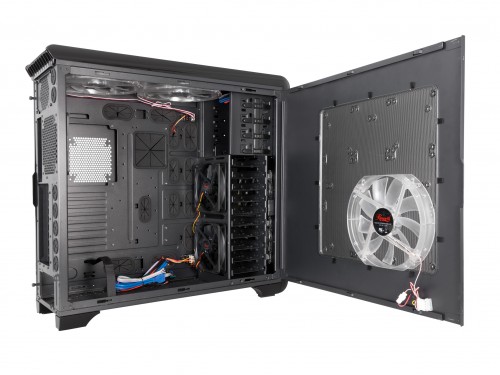 What happens when one of the largest “in-house” distributors waits until CES 2014 to release updates to its current series of products? We just found out Rosewill will be showing off more than 50 new items in Las Vegas this year. The actual number is apparently hard to come by as even the people in charge of the event for Rosewill stopped counting at 50.

As you all know Rosewill started as the in-house brand for newegg.com and has since grown into a company of its own. As a business that currently offers items through several online sites (not direct rivals off course), they have expanded even further by offering the brand’s products through three new partners: BestBuy.com, Wayfair.com, and Amazon.UK.

We clearly do not have the room to discuss 50 plus items here so lets hit some highlights. For starters, Rosewill will be introducing a follow-up to the best-selling BLACKHAWK case which was also Blizzcon’s official case in 2013. On the same subject they will be showcasing the Legacy series which consists of light-weight aluminum cases with steel interiors. Many of the cases seen at COMPUTEX 2013 will also finally become available.

You can also expect to see new models of all Rosewill PSU lines including the CAPSTONE and new versions of their mechanical keyboards such as the Apollo RK-9100x. 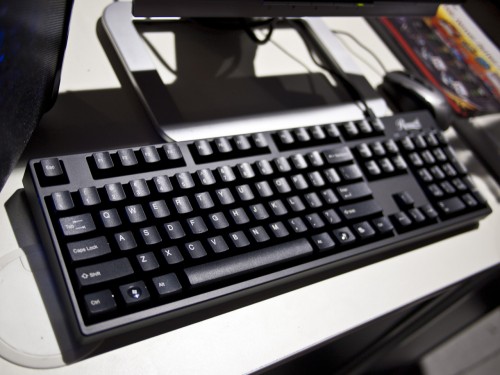 Product updates are not the only thing Rosewill has to offer as it introduces new items to its best-selling series keyboard series. The new RK-8300 and RK-8500 mechanical keyboards with multi-colored backlighting comes to mind. The R-STUDIO line of audio accessories such as the SONAS, foldable headphones with Octa-Drive Technology, the AMPBOX (portable Bluetooth speaker), and the E-SERIES titanium-coated noise isolating ear buds will all be present at their show suite.

We are only scratching the surface as they seemed to have brought the entire warehouse to Las Vegas this year. We don’t want to even get started on the new power cells and VISION CLEAR external surveillance equipment. It may take less time for us to list all the stuff Rosewill did not bring to CES 2014, but no one wants to do the 2 hours of paperwork to figure out what those are.

Rosewill® will showcase over 50 new products during CES 2014 to kick-start a year of heightened innovation, product portfolio, and global presence

January 3, 2014 – The leading hardware solutions provider, Rosewill, will be showcasing its latest innovations and premier line of products at CES 2014. As a market leader, it aims to provide customers worldwide the ability to attain inspiring and exceptional products at an affordable price. Rosewill’s strategy for 2014 is to expand its product portfolio with innovative products and increase its international market presence through channel development and intense marketing.

Strengthening its hardware, consumer electronics, and home improvement categories are some of the following product launches:

All innovations introduced at CES 2014 will be available through Rosewill’s current established online channels such as: Amazon.com, Walmart.com, Buy.com, Ebay, and Staples.com. In addition, Rosewill has added three new online venues where end-consumers can make purchases directly: BestBuy.com, Wayfair.com, and Amazon.UK.

With giant electronics partners such as ASI, Ingram Micro, Max Group, and TechData, Rosewill’s distribution channel has been intensified throughout the past year. In 2014, Rosewill also has plans to expand business globally to Latin America, Asia, Australia, and Europe through the partnership with world-renowned distributors.

2014 Promotional Calendar for the third consecutive year, consumers can expect to see a full spread of Rosewill at Pax East in Boston during April of 2014. Rosewill will also be present at Computex, the largest computer hardware tradeshow in the industry to be held in Taipei during the month of June. Following an enormous success at Blizzcon 2013, it is highly likely that Rosewill will again sponsor Blizzcon in 2014.