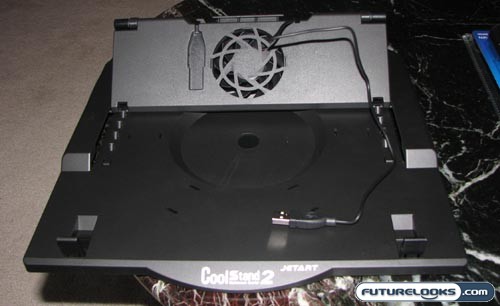 I’m not really sure what the difference is between the NC5000 and the…umm…NC5000. While the former is the only one listed on the company’s website, the product we are reviewing today isn’t listed. Based on the picture that they provide on their site, the two products appear to be exactly identical with the exception of the number “2” on the front edge.

Unlike the NP8000 on the previous page, this product is much more a notebook stand. In many ways, you could say that the main portion of the Cool Stand 2 is the same as the Portable Notebook Cooler, except it’s been placed on a sliding platform and the rubber feet have been removed. 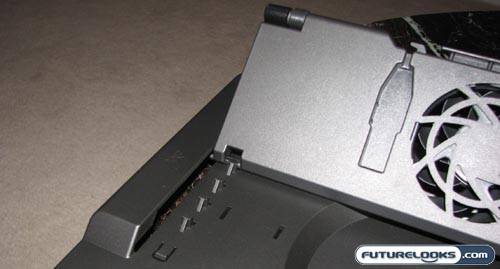 There are several pegs where the stand portion can slide into place, depending on whether you want a shallow or steep angle to your keyboard. There’s a fair bit of adjustability here, but I found that the pegs closer to the front (meaning a lower angle) were much more comfortable for everyday use. The higher angles are perhaps better suited for when you use an external keyboard.

Near the front of the stand are a pair of flip up pegs that prevent your laptop from sliding off. You see, it is only the top edge of the fan portion that actually holds your laptop up. If the underside of your notebook is extra glossy — say, on an Apple MacBook — I’d be apprehensive about scratch potential. If you’ve got a matte black underside to your notebook, then this is less of a concern. 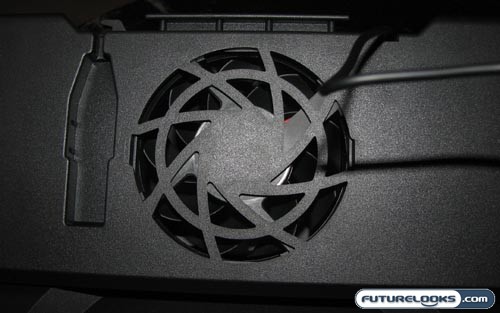 The fan itself appears to be identical to the NP8000. There are no adjustable speeds and no power button. As soon as you plug the USB connector into your computer the fan begins to whir. I would have liked a power button of some sort, because I don’t need the fan going all the time. You should also be careful about placing your hand underneath while the fan is on: it is very much exposed and can be dangerous for children. 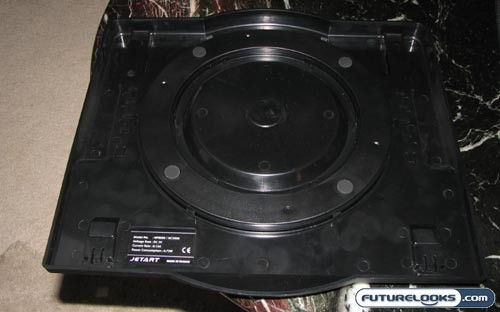 Another feature on the Cool Stand 2 is that it has been placed on a lazy Susan like rotator, allowing you to spin your laptop around in place, kind of like at some Chinese Restaurant. This may be handy for sharing information with nearby colleagues, but it was a little too loose for my liking. As such, the notebook was known to rotate just a little while typing. This was a little irritating and frustrating. Being able to lock it in place might would be a nice option to have.