When you think of Nintendo, what’s the first thing that comes to mind?  Even better, who’s the first person to come to mind?  I think of the short, pudgy, mustached, sunburnt, blonde loving, Italian plumber, ex-nay the crack spackle!  This is the game review on a strange but all so familiar game:  Super Paper Mario. 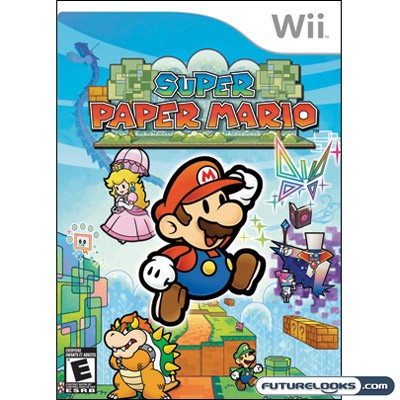 From Super Famicom, to NES, to SNES, to N64, to Gamecube and finally the Nintendo Wii, the Italian Plumber brothers are back in the genre of Mario games that everyone has grown up with. Super Paper Mario however has not evolved all that much from its predecessor Paper Mario which is found on the N64 console system. Super Paper Mario adds to the spin-off genre of games that uses the original Mario characters and casts them on all new adventures.

You’re still playing in the 2-D world of RPG’s, but now it does come with an extra dimension that will help you get out of jams.  You start off with the all too familiar 2-D world, where the chubby little plumber jumps on Goomba’s and collects those shiny gold coins.  You get a little further into the game, and you come to a point where you can push a button and unveil a whole new dimension with new challenges, new rewards, and new mis-haps.

Now, time to get down to the nitty gritty.  There’s not much to say about the visuals of the game except they’re pretty good for only a single ATI video chip.  But if you decide to compare to the PS3 or maybe even the XBOX 360, you’d be in a completely different playing field. 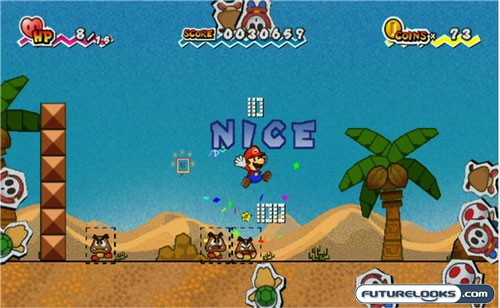 The visuals of Super Paper Mario are very interesting.  You get the cartoony look, like you do with almost all the Mario games, but you also get the nice serene (and sometimes bizarre) back drop to every single world you must face in advancing in the game.  The 3-D world adds more to the game play than the visual appeal, and it doesn’t cause system lag like some other more graphically based games. 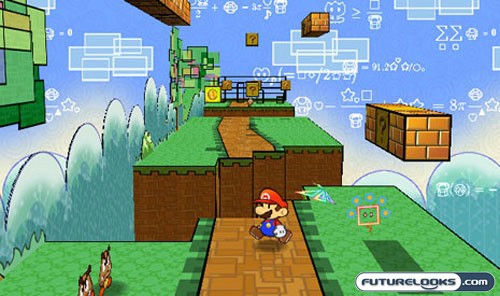 The characters of Mario, Luigi, Princess, and Bowser all look very well done with sharp contours, and rounded edges, to give those fun-loving cartoon characters their great appearance.  Each one of them have cute and funny poses that keeps your attention even when there is nothing going on in the game.  However, the same can’t be said of the different types of civilians that you encounter throughout the game.  The enemies all look great and some look too funny to even stomp on.  But if you didn’t stomp on the baddies, then there really is no point to the Mario genre of games!