Man alive is the user interface confusing! People say that Apple owns more than three-quarters of the portable music market. By and large, it’s because the iPod is reasonably intuitive and the click wheel makes navigation a breeze, despite the fact that it is hideously underfeatured. Despite the hefty feature set, it doesn’t matter if people can’t figure out how to use it easily.

The main menu is simple enough — you press forward or back to go through the different features — but as soon as you’re within a function, like the music player, things get a little convoluted. For starters, I couldn’t immediately figure out how to set the play mode to random. I also couldn’t find the equalizer settings right away either. The truth is that it’s a single button press, per se, to access these features. Instead, you must hold the play button. Who would have thought that? 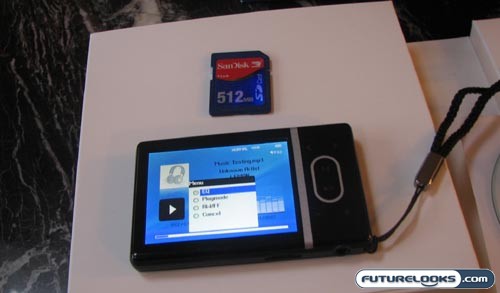 What’s more, when you hold the play button to bring up the settings menu, go into play mode to choose random, and then press “M” (menu/cancel) to get back to the main screen, something strange happens. The forward and back buttons now go through the different play modes rather than change the track. This is because when you bring up the settings menu, you actually have to go down and choose “cancel”. Weird. So weird. Hopefully with some software tweaks, the madness can stop. 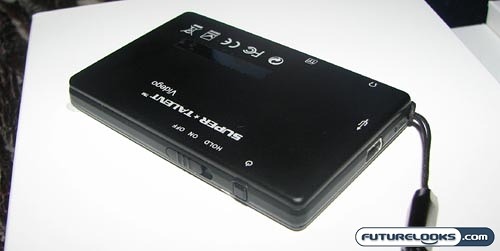 A very big issue with the physical design of this player is the power slider. As mentioned earlier, this switches between off, on, and hold, in that order. The switch doesn’t really click in place very well, so it’s very easy to accidentally go from hold to off when all you wanted to do was go from hold to on. Given that the A-B button is used to turn the player on in the first place, the slider should be just for hold and, uh, not hold.

Two things annoy me very much about this MP3 player. First, every time that you turn it on, it goes through a process where it needs to check the disk and build the database. This process is several seconds long and gets very irritating when all you want to do is enjoy your music. Because of the issues with the off/on/hold slider switch as well, you can see how it can get even more frustrating if you accidentally turn the player off. Turn it back on and you have to suffer through the database building all over again. 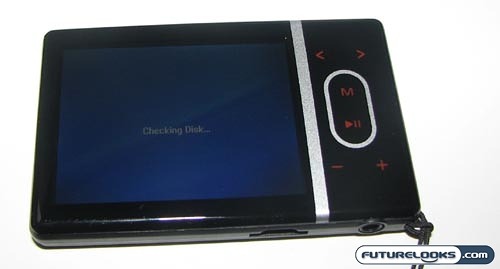 Second, there doesn’t appear to be any memory effect to this player at all. By this I mean that it doesn’t seem to “remember” what was the last track that you were playing before you turned it off. It also doesn’t remember the play mode or the equalizer you chose. What’s more, the volume is always at its maximum when you turn the VIDEGO24 on. Very frustrating, very annoying.

Another gripe, which isn’t quite as major, is that there appears to be no recognition for a folder structure or pre-made playlists. Instead, all of your MP3 and WMA files are clumped into one giant folder. Assuming that each music file is about 4MB, this could mean that you may scroll through 250 songs before you find the track of your choice.

These are small, simple things that can easily be corrected in the firmware. At the same time, they’re so frustrating that I actually get upset every time I use the Super Talent VIDEGO24. Frustrated users certainly aren’t happy users.