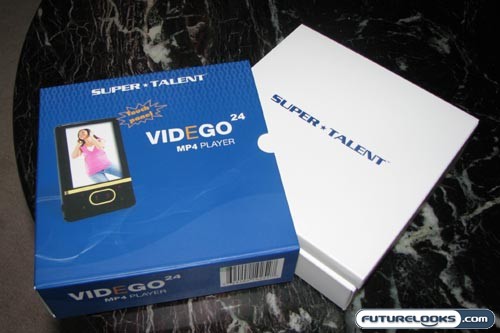 It seems like the hottest trend among portable electronics these days is to get rid of physical buttons and replace them with touch sensitive controls. The Apple iPod may have that popular click wheel, but Super Talent is taking the touch sensitive route with their latest offering, the Super Talent VIDEGO24. It’s got a fairly large 2.4-inch color screen, 1GB of internal memory, and a microSD expansion slot for more storage. The features sound reasonable, but there are more than a couple of issues with the user interface and physical design.

The ultra portable Super Talent VIDEGO24 is probably one of the most pocketable players available on the market. It has a fairly small footprint, but it’s the super-slim 9mm thick profile that’ll wow you. It really does feel like you have a slightly thicker credit card. 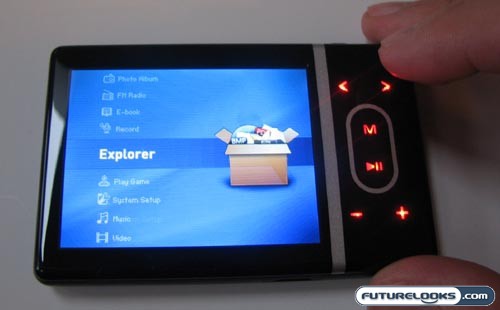 In addition to MP3 and WMA music files, this gadget also comes equipped with FM radio, voice recorder, video playback, e-book support, and a picture viewer. That’s a lot of features to pack into such a slim package. As mentioned above, there is one gigabyte of internal memory. This isn’t much, especially if you want to make use of the movie player, but thankfully you can expand that storage through the microSD slot.

Unfortunately, microSD cards currently max out at two gigabytes. There are microSDHC cards, but I’m thinking it’s safe to assume that the VIDEGO24 is not compatible with the newer format. Hopefully this can be clarified in the specifications for the future as we found no reference to the microSDHC format. In this way, you are fundamentally restricted to a maximum capacity of 3GB, assuming you don’t want to keep swapping memory cards. 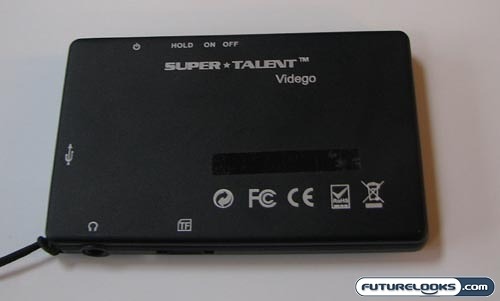 Interestingly, the player is typically not held in “portrait” mode like most other MP3 players. You hold it sideways so that the display is always in landscape and the controls to the right are also oriented this way. The two main controls — menu and pause/play — are located in the center. At the top are back and forward, whereas volume control is on the bottom. At the very top of the player is a switch for choosing between off, on, and hold, and next to that is the only physical button for A-B mode. This is also the button you hold to turn the player on in the first place.

There’s actually quite a bit of functionality in this tiny little player. The sound quality from the music player is fairly decent and it comes with several pre-set equalizer settings: normal, classic, jazz, pop, and rock. You can also customize this setting through a graphic equalizer. I would highly recommend against pumping the bass or treble too high, however, as it starts to sound pretty harsh. I stick with normal, even if it is on the flat side of things. 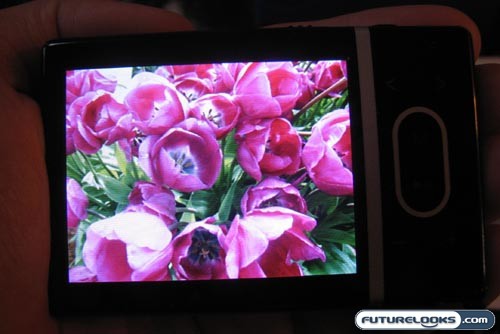 The resolution on the display isn’t the greatest and the frame rate is quite poor. The Super Talent VIDEGO24 does do video, but it’s not the best for that. It is better than previous Super Talent offerings that I’ve had experience with so I commend the company in that respect. The picture viewer is pretty much what you’d expect: adequate but not fantastic.