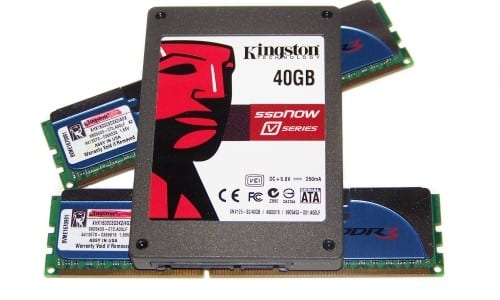 Despite the rapid price drops of decent sized solid state drives, pricing limits them from reaching the average consumer. The marketing has also convinced us that it takes the largest and flashiest hard drives to get the best performance which means we might not buy today. Granted, today’s platter drives are impressive versus those from 5 years ago not to mention the huge capacities but when it comes to starting up the system, it’s still the slowest component in today’s mainstream computers. There’s an easy fix for this and it’s called an SSD Boot Drive.

SSD boot drives are nothing more than a smaller, more affordable SSD that holds your system’s primary Operating System while your secondary platter drive(s) hold media, games, and other non-OS related files. This configuration converts your desktop or your laptop into very responsive systems. That’s why Kingston Technology has brought out their new SSDNow V Series 40GB Boot Drive. Just because it’s small and cheap, doesn’t mean it isn’t high performance!

While the 40GB SSDNow comes from the same series as the 128GB V Series we reviewed a while back, it does not share the same limited JMicron controller. The drive is in fact an Intel SSD fully equipped with an Intel Memory Controller. That got your attention, didn’t it?

And of course, the warranty is important. It carries Kingston’s standard 3 Year SSD warranty. Putting the smaller capacities to use keeps the price limited to $115 MSRP or lower depending on the retailers. Overall, that’s not too shabby a deal.

One thing we are concerned about is the lack of immediate TRIM or Intel Toolbox cleaning software. Even some internal firmware cleaning support would be worth the investment. The word right now is that something could be available soon. Otherwise, you’ll have to manually clean it with a 3rd party utility. Either way, it’s been proven that Intel SSDs maintain their performance as they fill up. 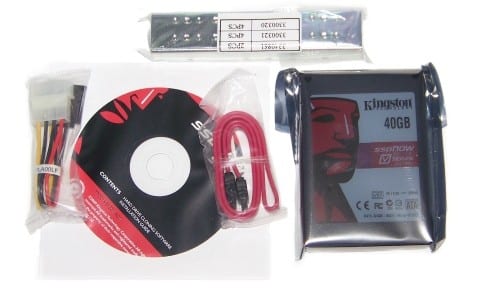 Popping open the box reveals an SSD retail package that mirrors the 128GB SSDNow V except for the 40GB label. The drive doesn’t offer any bling or flare other than it’s own SSD existence. Basically, the 40GB Boot Drive looks just like any other SSDNow V Series. There’s no new wrapping or fancy case (I patented that already).

Inside the bundle, you’ll find two drive bay brackets to help adapt the SSD to any hard drive bay. The brackets can hold two SSDs in one conventional HDD slot. Simply use the included screws to mount it. You’ve got to love the more compact size of SSDs! 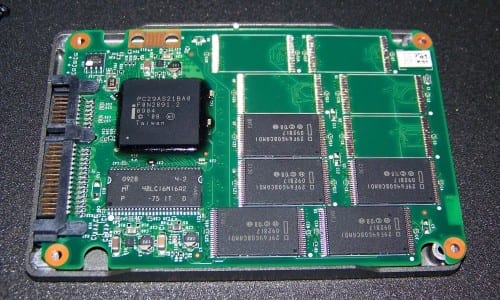 The objective of this series is to offer you a taste of high performance while improving Boot times and overall system response that you you can’t get with standard platter drives. We know that Intel controllers can give you a much better and balanced level of performance than any JMicron could ever dream of doing.

It’s pretty slick putting those smaller SSD bins to use in this respect. We heard that there weren’t a great many small volumes lying around but more SSDs would be available depending on supply numbers. The point here though is that the 40GB Boot Drive can serve another purpose. It could double as a portable storage solution and is a far faster option compared to many 32 and/or 64GB USB flash drives which are only as fast as USB 2.0 and limited to 28 to 33MB/s on a good day.

We don’t think it would be tacky or odd to carry around one of these stylish little SSDs in your shirt pocket, or bag. In fact, you might start a trend if you’re not careful. “Geek wars” where you throw down your biggest and baddest SSDs!