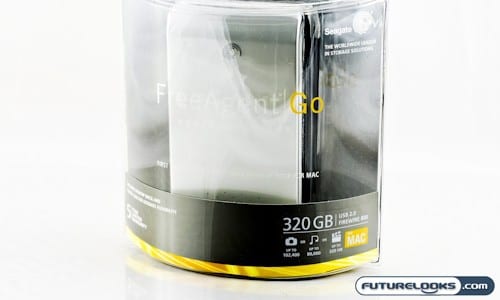 With the base of Mac users continuing to grow in the wake of the failure known as Windows Vista, it looks like everyone is trying to figure out a way to cash in. Last year, Targus sent us a new line of products built from the ground up for Macbook users. This was a departure from their previous efforts that resembled PC products moonlighting as Mac ones. Storage manufacturers have also caught on to this trend by introducting products packaged and preformatted for Mac users only, rather than a PC product with Mac compatibility. Today, we look at one of those efforts from Seagate.

The Seagate FreeAgent Go for Mac is a portable hard drive product that panders to the Mac demographic by supporting Firewire 400/800 and USB 2.0 interfaces. An included hard drive dock gives it the convenience of “drop-in and play” without having to fumble for cables. 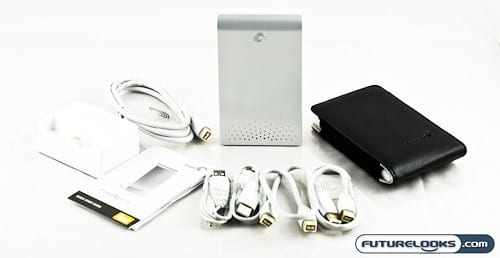 There’s quite a bit included with the FreeAgent Go for Mac. Of course, you get the FreeAgent Go drive itself, which was provided to us in a 320GB size spinning at 5400RPM, but you also get quite the assortment of cables which include:

Rounding out this package is the included dock which functions only via Firewire 800 and has no other connectivity options. I guess this means you’re out of luck if you own anything but a MacBook Pro or a Mac Pro Tower. A case is also included to protect the drive during your out of office adventures and a quick setup guide runs you through what you need to do to get going.

Besides the 320GB version, the drive also comes in a smaller 250GB and a larger 500GB version: all of which utilize one of Seagate’s energy efficient 5400RPM 2.5 inch notebook drives and support your Mac’s power management features. Yes, it also supports Time Machine backups. All of the drives include Seagate’s five year warranty.

The color shown is the only choice, but if you’re going for that “Mac Look” then this drive should cause no complaints. The drive is encased in a lightweight plastic shell and the front is covered with an aluminum plate. 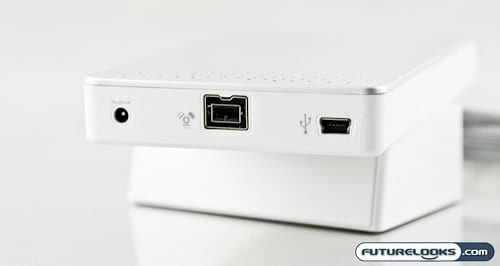 The drive features three connections on the back with the Firewire port doing double duty as both Firewire 400 and 800 connections merely depend on the cable you choose to use. Of course, you have to have either port available on your Mac. To the right of this is the USB 2.0 connection, and to the far left is an auxillary power connection for systems that lack the juice to power the drive with a single USB cable. This is typically only a problem with older systems that only support USB 1.1, which won’t be the case for most modern Mac systems.