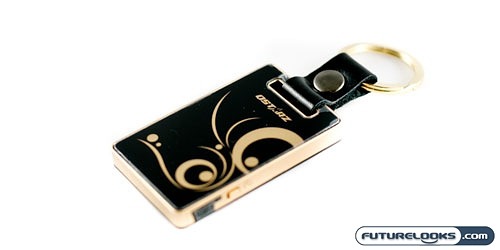 Two months ago, we took a look at the ATP Photo Finder geotagger.  While the idea behind it was solid, it ultimately lacked polish and had several deal-breaking flaws experienced mainly during a trip to Japan. Things like incompatibilities with RAW file formats, slow signal acquisition and failure to tag most JPEG files (or worse, corrupting them), really put this that product in the dog house.

With Geotagging being more than just the when and where of a picture these days, as social media has really clinged on to this feature, I’m hoping that one of these geotaggers works well.  This time, we’re hoping that the BT-Q3100 nano GPS Travel Recorder by Qstarz is what we’re looking for.

What’s In The Box 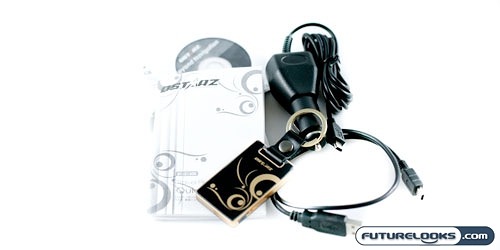 Along with the Travel Recorder and its software (on a mini-CD), you get a USB cable for syncing and a car cigarette lighter charger.  I find it a bit surprising that they would include a car charger but since the Travel Recorder does not take batteries, this might make charging on the go a bit more convenient, especially on long road trips.

Unlike the Photo Finder, there is no built-in card slot for you to tag your photos.  Instead, you have to use the included software to do so. Which is Windows only so for Mac uses such as myself, you’re out of luck.

Powering the Travel Recorder is a MTK GPS chipset which Qstarz claims will acquire a satellite signal in 35 seconds which, if true, would be a massive improvement over the Photo Finder.  The interesting thing is that along with the true GPS chipset, the Travel Recorder makes use of ground level, assisted-GPS in much of the United States, Europe and Japan.

Although I can’t find any real information regarding the actual capacity of the flash memory in the unit, the official Qstarz specifications say that you’ll be able to record 200,000 locations and the battery lasts for 12 hours on a single charge.

Interestingly, one of the selling points Qstarz emphasizes is that the BT-Q1300 Travel Recorder has the ability to sync up with a Bluetooth-enabled PDA.  However, I can’t remember the last time there was a PDA on the market as they have been made largely redundant by netbooks and smartphones, most of which are already GPS enabled.  If you happen to have an old iPAQ or Dell Axim lying around, you can probably rig up a makeshift navigation device.  For the rest of us, the Travel Recorder also has software for use with Bluetooth-enabled laptops. 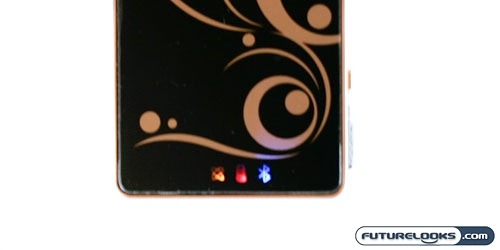 The Travel Recorder is quite a bit smaller than the ATP Photo Finder, which was already a compact package.   You can easily slip it in a pocket or make use of the keyring to turn it into a somewhat awkward sized keychain. Qstarz also refers to the Travel Recorder as “Ultra Beautiful” which is certainly in the eye of the beholder.  The black with gold swirlies may float some boats but I can’t say I’m a fan.  Less is more, people.

Three LEDs at the top of the device indicate its status.  The yellow equals a GPS signal lock, blue indicates the Bluetooth is on and green means the battery has a charge. 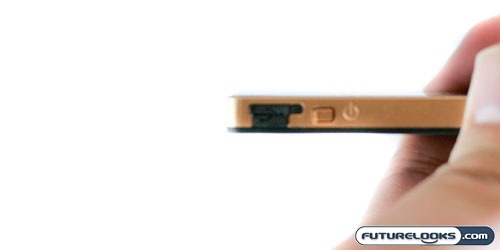 There is only one button on the unit itself and you differentiate what you want it to do by pressing it for various lengths of time.  Turning the Travel Recorder on requires a 4 second press while a 2 second press enables the location logging function.  Making a record of a location for use with geotagging is a simple press and release.  I honestly found this really annoying and would’ve really preferred to have seperate buttons for these functions.