The goal here is to see how the Barracuda 2TB XT fairs against its nemesis, the 2TB Black Caviar which is obviously only SATA2. Until we get WD’s SATA3 series, this is the only thing we have to work with. But, the basic question is the same: Is the SATA3 XT faster than the SATA2 Black?

Our operating system of choice is of course the very capable Windows 7 64 Bit. The benchmarks we’ve chosen to run to assess performance in our head to head battle include: SiSOFT SANDRA,  HD Tune Pro, and Crystal Disk Benchmark. With these readily available You should be able to size the drive up using these three benchmarks.

We also took power consumption readings for each drive at both load and spin up conditions to give you an idea of what kind of impact each drive will have to the power grid. These numbers can be important, especially if you’re running large batches of these drives in storage arrays. 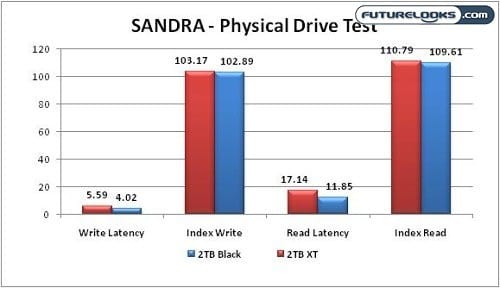 We know what you’re thinking. How can this be possible? Well, it could be the XT isn’t up to speed, or the Marvel controller needs a little help. Let’s look at a few more benchmarks before we decide. 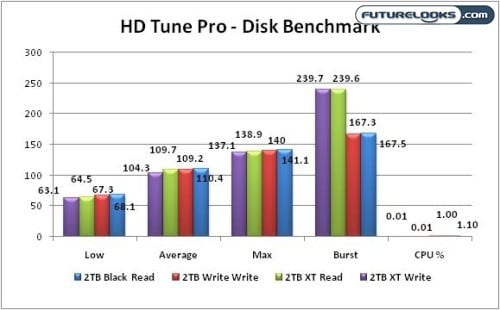 It would appear that the results very similar except where burst rates and CPU Usage are concerned. The burst rates are just through the roof which would favor things like input/output requests. Regular desktop folks won’t notice much of a difference since the averages are nearly the same.

The CPU Usage is below .01% when observing the HD Tune Pro utility. That’s a super low amount and doesn’t seem as though it could be any less. But, for the most part, the performance difference aren’t enough to notice. 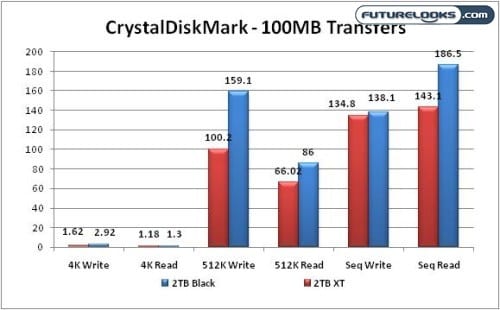 As you can see, there is a noticeable performance difference between the 2TB gladiators. The WD Black has the upper hand in this benchmark in all tests. 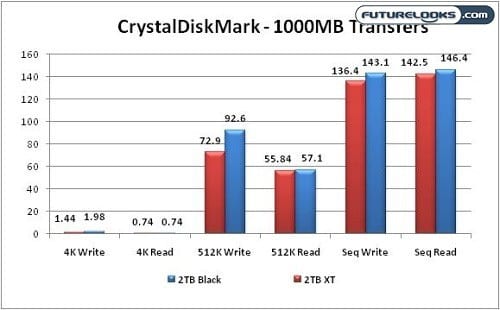 Our 2TB drives seem to handle the 1000MB file tests nearly the same. We can’t tell one way or the other just how inefficient the Marvel controller may or may not be. We can’t leave it at this, so we’ll run one more benchmark to see how things go.