In our last holiday gift guide we had ANTEC drop by and present us with some very affordable gifts that should please most computer enthusiasts. Hopefully this gives most of you shopping for one of us this holiday season a fighting chance with a no-fail gift. We had gifts that worked great for stocking stuffers to ones that shows you put some thought into the decision. Today we’ve got some more upscale gifts if you want to spend a bit more on your computer guy or gal for the holidays.

To help us out with these premium gifts, we got a ping back from Mike Smith, one of Kingston’s top product Evanglists in Canada. He stopped by the Futurelooks studios to show us a bunch of products that might work at the higher side of the budget scale. We whittled it down to three products that would be a pleasure to receive and won’t end up back at returns on the first week of January. Check out the video guide above (or directly on YouTube) and then read on for a little more on each of these great items and most importantly, where to get them. 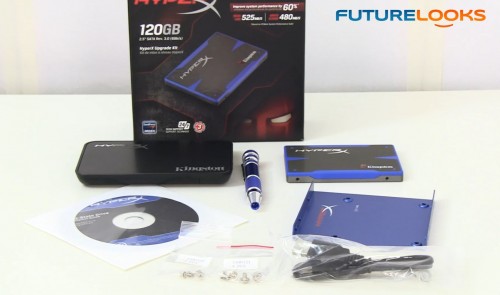 With the recent hard drive supply issues (and the dropping prices of SSDs), a lot of enthusiasts are really considering the higher speed route, despite the lower capacity. But the fact is, SSDs are still expensive and most people still have to think long and hard about the purchase decision. That’s why no computer enthusiast in their right mind would turn down the gift of an SSD this holiday season and Kingston’s new HyperX SSDs have all the things that’ll please your computer guy or gal.

As we found out in our recent review of the Kingston HyperX 120GB SSD, it’s a real performer. It is right up there at the front of the pack and has some design decisions that will ensure you have a long wearing solution. Most importantly, the HyperX designed outer casing really sets it apart from the rest of the pack. The other reason why it’s great is the bundle and the fact that with it, your computer guy and gal can upgrade right under the tree and have blazing speeds before lunch time. Plus, all the extras you get will serve you well for future upgrades.

The Kingston HyperX bundles come in 120GB and 240GB sizes. The 120GB will run you $249 while the 240GB model will set you back $499. You can pick one up at NCIX, Canada Computers and Memory Express. It’s also stocked at NewEgg. 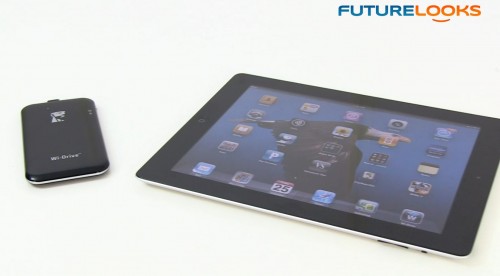 Mac users and PC users often get into spats with one another on their choice of computing platform. While this will likely never change in the foreseeable future, Apple’s iOS devices seemed to have brought some of them together when it comes to their choice of phones, tablets and media players. One major criticism of Apple iOS devices is their closed nature and lack of expansion options, particularly the inabilty to uprade the memory onboard like many of their competitors running Google’s Android OS. Kingston has a solution that will upgrade any iOS device with 16GB or 32GBs of wireless storage and they call it the Wi-Drive.

The Wi-Drive as mentioned comes in two sizes which connects wirelessly to your iOS devices via 802.11N WiFi. Up to three users can share the device and you can even lock it down so that people don’t go through your more “sensitive collections” from a distance. Access to the device is accomplished using an app free from the Apple App Store. If your computer guy or gal favours the Android OS on their mobile devices, Kingston already has a BETA version of their app in the Android Store and its set to go full release anytime soon.

The 16GB version of the Wi-Drive can be picked up for as little as $119 while the larger 32GB version is only an extra $30 at $149 these days. You can pick one up at NCIX, Memory Express and Canada Computers. 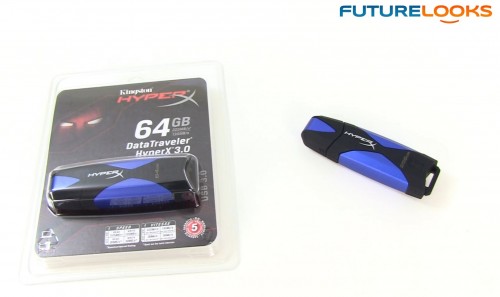 Earlier this month, Kingston refreshed their HyperX USB flash drive series. The new drives now feature a USB 3.0 controller, which is of course backwards compatible with USB2.0 and larger capacities. Since these are HyperX drives, which is Kingston’s “Performance” division, the drives have performance that make some SATA II SSDs look silly in benchmarks. That means that transferring files back and forth from one computer with USB 3.0 to another USB 3.0 computer using the “Sneaker Net” will be very fast.

I use one all the time, but I don’t often buy the largest, fastest one. But if I was given one, I’d be totally thrilled. You’ll find the 64GB version for $159, the 128GB comes in at $299, while the monster 256GB version will cost you $599. Pick one up for your special computer guy or gal or anyone that totes a USB flash drive around which is pretty much anyone. They are currently in stock at NewEgg, but NCIX, Canada Computers and Memory Express should be receiving their stock soon.

Help Us Improve Our Guides By Leaving a Comment Below!