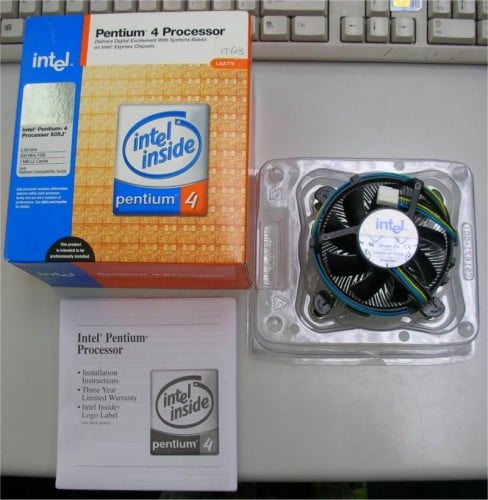 Do you remember owning your first Pentium 4 processor about 15 years ago? I don’t, because I have been with AMD since my AMD K6, so this isn’t for me. Everyone else I am sure had a Pentium 4 because it was marketed as the fastest CPU on the market to date. Well, it turns out that was mostly smoke and mirrors with Intel now finally being held financially responsible. What does that mean for you? It means that you can get Intel to pay you for using one of their products, 15 years ago.

Intel has finally come to an agreement to settle the lawsuit filed against them for the false advertisement to the tune of $15. That’s right; Intel will give you $15 if you purchased a computer with an Intel Pentium 4 processor between November 20th, 2000 and December 31, 2001. You can also add your name to the claim if you purchased a Pentium 4 clocked at 2 GHz or less between January 1, 2002 and June 30, 2002.

The Claim Form submission is due by April 15th, 2015 and is currently being accepted on a good faith principle. By that, we mean you can just fill the form out without any proof of purchase, but you are also subject to penalty of perjury under the laws of the State of California for providing inaccurate information. Intel will also be donating 4 million dollars to charity as part of the settlement. For full legal jargon, you’ll want to read all of the information on the claim form link.