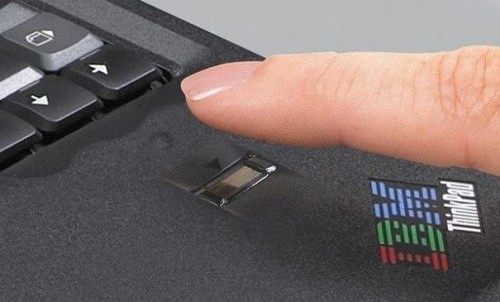 As we continue to explore the saga of Windows 10, new stories keep emerging about how this new operating system will completely change our lives. And as great as this new “digital lifestyle” has been for many of us, it has introduced the nagging problem of having to remember a secure password for so many different sites, services and devices. Windows 10 could be working to fix that. Or at least address it.

Apparently, there is a consortium of tech companies–including the likes of Google and Samsung–that are working on a new standard that could kill the traditional password as we know it. Dubbed FIDO (Fast Identification Online, no relation to the Canadian wireless carrier), the specification allows for “alternative” ways to authenticate a user. And Windows 10 will be in full support of this standard.

One of the most common alternatives would be something like the biometric fingerprint reader that we seen above and that we’ve seen implemented on several PCs already. The interesting thing with FIDO is that the possibilities reach further than that. Maybe it’ll use an iris scan. Maybe it’ll use a physical USB key. Maybe you’ll be able to tap your NFC-enabled smartphone or smartwatch. Maybe, like in Android 5.0, you can add “trusted devices” and as long as your PC is connected to your “trusted device” via Bluetooth, it’ll stay unlocked.

The point here, according to FIDO, is “to make authentication simpler and stronger for all.” I’m not necessarily convinced of the latter, as just about anything can be hacked and it is theoretically just as easy for someone to rip a digital copy of your fingerprint as it is to rip a traditional password, but it would be a lot simpler not having to remember a password containing upper and lower case characters, as well as a number and a special symbol.

Of course, at least if you’re swiping a finger or scanning an eye, the Windows 10 keylogger can’t “save” your password. And that’s a good thing.