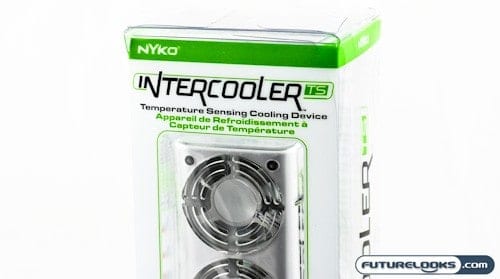 When it comes to Xbox 360 ownership, the term “Red Ring of Death” or “RROD” for short, seems part of the vernacular. This is typically caused by overheating of the system when engaged in long periods of spirited gameplay. When Halo 3 launched, many cases of these RRODs were reported, and a similar number of Xbox 360’s were shipped away in little corrugated coffins for repair or replacement. That means that anything to reduce temperatures in our Xbox 360’s is welcome. This is where NYKO comes into the picture.

The often copied NYKO Intercooler 360 was the original aftermarket cooler for the Xbox 360. This was followed by the Intercooler EX, which wasn’t an upgrade per se, but more of a fix for the short circuiting issue from the power cord pass through. Both units kept temperatures down, but the increased noise wasn’t desireable for some gamers. The Intercooler TS that we’re reviewing today wants to make things right. 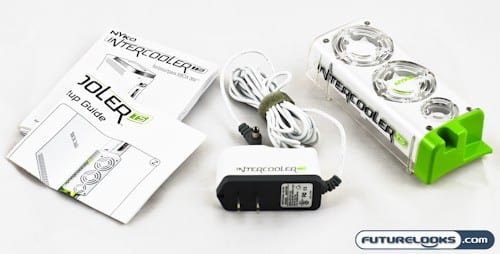 The Intercooler TS comes packaged with some brief but effective instructions in multiple languages, however, I did find the smaller and well illustrated quick setup sheet more than adequate. You also get a power adapter, which is a change from the powercord pass through design of its predecessors.

Features of the Intercooler TS 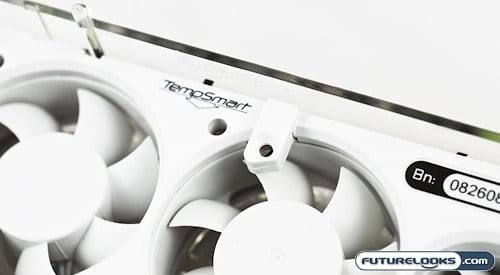 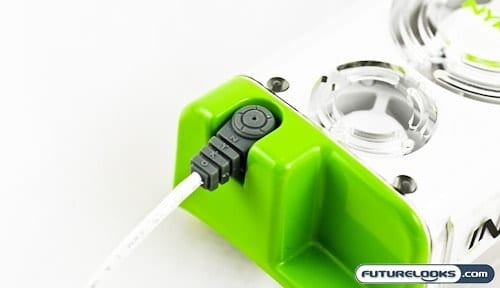 The other feature of the new Intercooler TS is the external power adapter. The original Intercoolers used a pass through design, utilizing the Xbox 360’s own power cord. This caused a number of early issues like short circuiting, due to the power cord working loose, which was later rectificed in the EX version. The Intercooler TS’s external power supply not only powers the unit independently, but also allows the unit to continue cooling your Xbox 360 even after you power it down. This can improve the lifespan of your console. This is similar to how some home theatre components like TVs and Amplifiers operate. 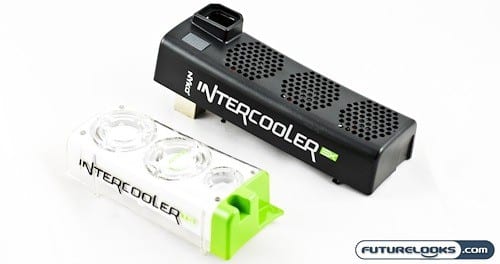