I didn’t really intend on doing any Black Friday shopping, but I was in the market for an ultrabook and a deal sprang up that I couldn’t miss. NCIX had limited quantities of Fujitsu Lifebook UH572 on sale for almost 50% off. The original regular price was a legitimate $1,049, but they were selling it for just $599.

Without having any kind of brand loyalty, I just wanted an ultrabook that came from a company that I could trust in terms of build quality and support. I had used and reviewed Fujitsu scanners in the past, but never a notebook. When most people are shopping for a laptop, Fujitsu isn’t exactly the first name that comes to mind. You might think of Sony, Samsung or Asus, for example. I know I did.

But here was a laptop at a pretty great price that hit on just about all of my key factors. It had my desired screen size of 13.3-inches and my desired Core i5 processor at a price that was certainly appealing. I placed the order and received it about a week later. 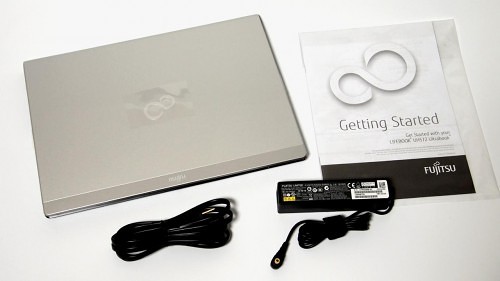 It wasn’t quite perfect–nothing ever is–but the Fujitsu Lifebook UH572 had specs that more or less matched up with what I wanted.

The Main Reasons Why I Bought This Ultrabook 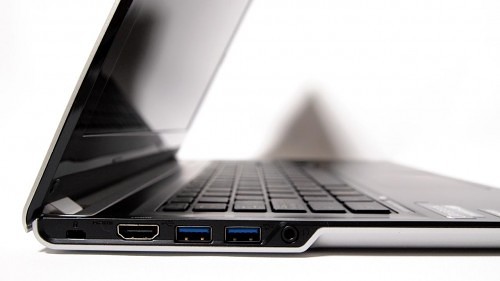 Of course, price was an important factor in my buying decision, but it certainly wasn’t the only one. First, the Fujitsu Lifebook UH572 was the exact 13.3-inch size that I was looking for. It’s reasonably thin at 18mm and light at 1.59kg, though I would have preferred lighter. Having two USB 3.0 ports doesn’t hurt, nor does having the full-size HDMI output.

The Core i5-3317U processor sounds like it will be up to snuff and while there isn’t a full SSD running the show, the relatively larger 32GB SSD cache drive should aid in some performance. I was reasonably confident that Fujitsu made quality products too. Though it only comes with a one-year factory warranty by default, this was extended to three years for purchases made before January 31, 2013.

The other added bonus is that this ultrabook is easily serviced and upgradeable. There is a large single panel on the underside that can be very simply removed, granting straightforward access to major components like the RAM and hard drive. As a site that is very much into the DIY and enthusiast scene, this is one area that is definitely “Futurelooks Approved”. 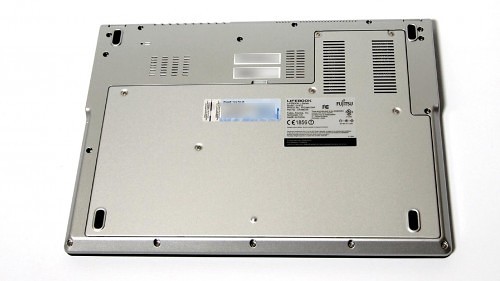 The Lifebook UH572 isn’t without its shortcomings. After using it for a couple of days, I am a little annoyed by the keyboard in that there is the extra “\” key next to the left shift key. I don’t like that. I also don’t get the backlit keyboard like you’d find on the HP Envy 4 and some other ultrabooks. There is also the lack of an optical drive, though I don’t use a heck of a lot of optical media anymore either.

The build quality, while certainly not shabby, isn’t exactly stellar either. There is some flex to that aluminum body, for instance. Battery life could be improved too. Under normal use, I was able to get between three and four hours before having to plug into the wall. Since the battery is housed behind that aforementioned back panel, I can’t get a bigger battery. The lack of a proper Ethernet port doesn’t help either, though it seems that the European version comes with a USB-to-Ethernet adapter (I didn’t get one). 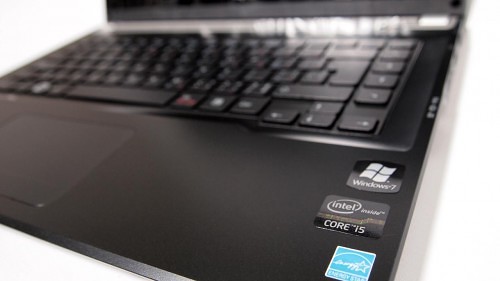 Overall, I’m happy with the decision that I made. Compared to similarly spec’d ultrabooks that I found elsewhere, the Black Friday deal on the Fujitsu saved me a solid $150-$200. It’d be even more if I was considering something higher-end in the $1,200+ range, but given that the laptop wouldn’t be used all that much, the added investment didn’t seem necessary.

Of course, your personal circumstances and preferences may not be the same as mine. If you rely on your laptop as your primary PC, then maybe it is worth the extra money. Maybe you need the discrete graphics or maybe you need extra long battery life. Maybe you’d really prefer to stick to a better known brand in these parts. That’s really up to you to decide.

The real test for me is when the Fujitsu Lifebook UH572 accompanies me on my trip to Las Vegas for the 2013 Consumer Electronics Show. It’s going to be the portable workhorse, so if it pulls its weight there (so to speak), I’ll know I got the right ultrabook for the job.

Help Us Improve our Articles and Guides by Leaving a Comment Below!