As experienced with the original Z68A-GD65, OC Genie II took the Core i7-2600K straight to 4.2 GHz without a single error over 24 hours of stress testing. CPU voltage didn’t seem to top 1.32 volts at all in the report which seems to be par for the course with my particular Sandy Bridge chip. Using OC Genie II in Windows is fine for users looking to get 4.2 to 4.4 GHz without fuss. 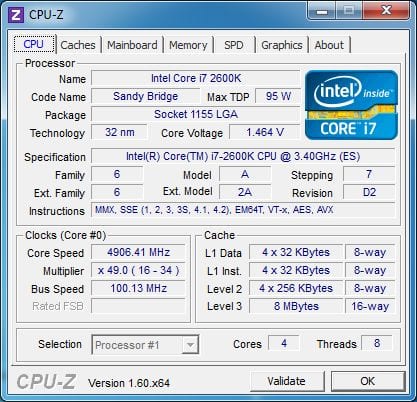 However, manual UEFI BIOS tuning is always where the best results are earned. Sticking with 1.45 volts VCore, the system could lock down the 48 multiplier for 4.8 GHz without touching any other settings. Selecting a higher VDroop level, disabling Turbo and using 1.46 VCore, the system locked down the 49 multiplier, beating after beating. It’s very likely that the system can reach 5 GHz at 1.5 VCore if you’re willing to push it and are using adequate cooling. Keep in mind that we’re using the NZXT HAVIK 140 which is a very good high performance CPU cooler to keep temperatures down.

If you aren’t quite sure about risking your CPU, you might want to look in to Intel’s “Get Out of Fail Free” CPU warranty. 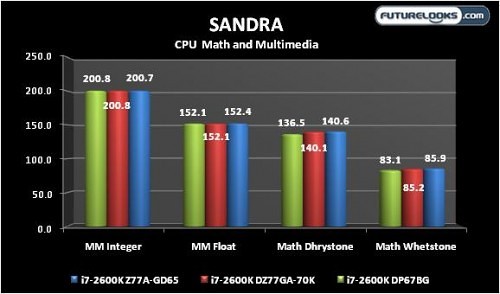 Beginning with SANDRA CPU tests, you can see that there’s very little change between the chipsets. That’s because the bulk of the performance comes from the CPU. However, Math scores were a bit higher revealing a little bit of the Z77 chipset optimizations at work. 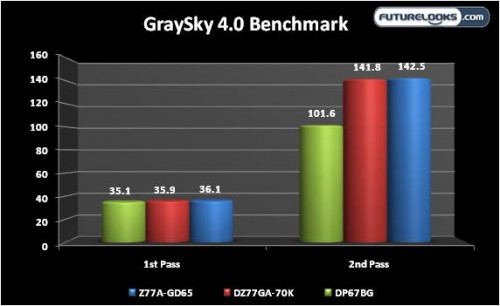 Media Encoding is one area that Z68, X79 and Z77 chipsets raise their colors. Again, the Z77 boards were close with the MSI Z77A-GD65 holding a slightly higher average. The P67 doesn’t have the same tricks at its disposal, scoring much lower by the second pass. This is one area worth jumping from P67 to the newer chipsets for. Especially if you do a lot of video encoding. 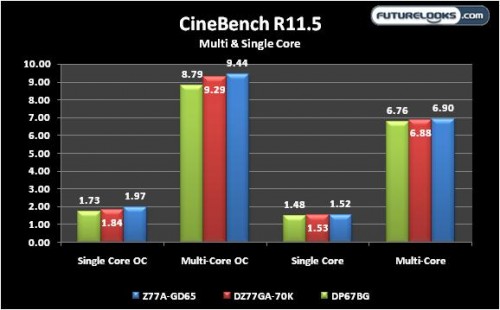 Here, the Z77A-GD65 provides a noticeably more aggressive turbo than on previous platforms. While turbo influences a single core score, it was seemingly more aggressive when pushing the 4 cores resulting in faster Hyper Thread response. Overclocked settings were included just for a little comparison. 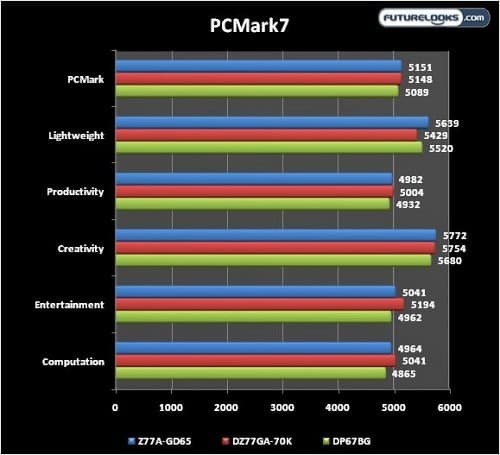 These averaged scores are really close between the two Z77 boards due to resources favoring the Sandy Bridge CPU as well as each board’s specific tuning and software support. Sandy Bridge saves the P67 on a couple areas, but we really can’t wait to show you what happens when you slap a 3rd Generation Ivy Bridge onboard. 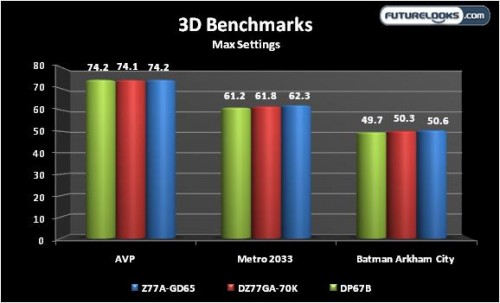 Can the Z77A-GD65 game? You bet your frame rates it can! It was very easy to work with when running benchmarks in both standard 2D and 3D mode. When running 1080p maxed settings, SLI is the only way to go and the Z77A-GD65 can handle it in this fun gaming title.