Thermaltake, the Taiwanese company that brought North America the highly colorful and brightly lit cases was at COMPUTEX 2008 this year with some new products, but also a new direction in design. Thermaltake has always been known to have a very distinct look which separated it from the crowd. However, it was also this distinct design philosophy that turned many of their products into love or hate relationships with the public.

The flashy colours and brightly coloured LEDs were not always a favourite with those of us that appreciated a somewhat more clean and understated design. In order to produce a product that would appeal to a more mainstream market, Thermaltake has hired some new design talent and have given them a blank slate to work with. We get to see the fruits of these labours here at COMPUTEX! 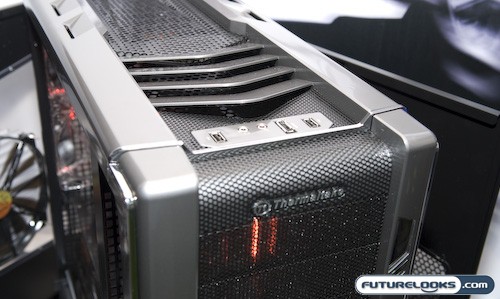 Thermaltake was abuzz about the announcement of the new SPEDO chassis. Yes, I know what you’re thinking: Way too small swim trunks that adorn a few much to large asses. But I was corrected quickly by them, citing that the swim trunks contained a second “E” in the name. Giggles… 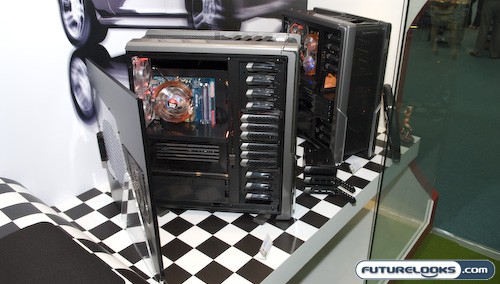 The SPEDO’s design is derived heavily from the automotive industry with its internal cladding that mimics the engine bay of most European luxury vehicles. This covers up the cables and gives the internals an extremely clean look. 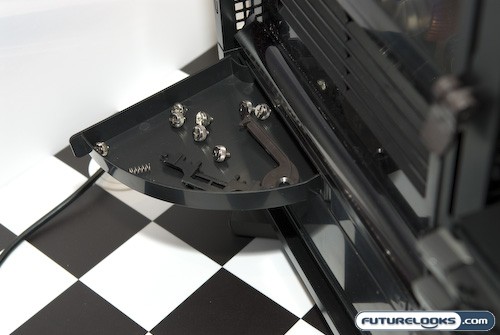 Other distinctive features include a pull out tool tray, like a mechanics tool box for storing those extra parts that seem to go missing. 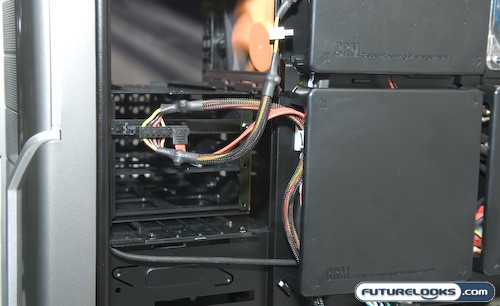 The case also features a drive bay design with a unique backplane for cable management and is tool free. Despite the hidden appearance, underneath it all, Thermaltake has included a cable management system that hides pretty much everything underneath the motherboard which was a key focus of this design. 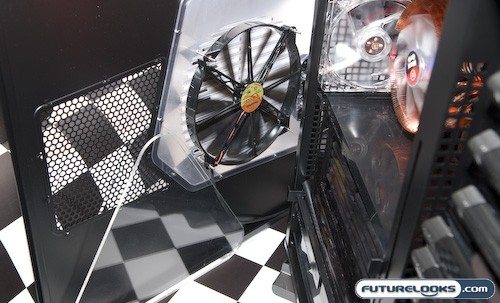 Not left untouched is the cooling system which features a large 250mm side fan that features an ingenious “kill switch” that disconnects power as soon as the side panel is removed, allowng quick and easy access to the internals. Other cooling touches include an adjustable GPU fan located at the front of the case that can be aimed wherever you need it to go.