Features At A Glance 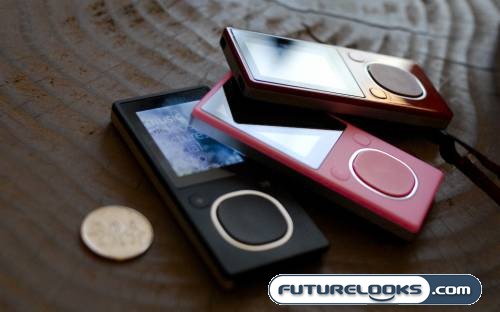 As mentioned, the Zune 4 and Zune 8 are nano-sized and come with 4GB and 8GB of Flash memory, respectively. Outside of their storage capacity, the two units are functionally identical. It boasts a 1.8-inch QVGA display, weighs 47 grams, and measures 1.6 x 3.6 x 0.33 inches. Other key features include integrated Wi-Fi connectivity for music sharing and wireless synchronization, video playback capabilities, picture viewer, and support for podcasts (both video and audio). 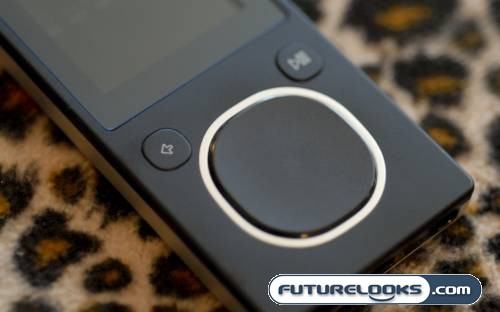 Another notable feature is the Zune Pad, which is used for navigating through the menus. You can use it like a regular five-way navigator, clicking in each direction and pressing in the center, or you can swipe your finger across the touch-sensitive pad. The flicking motion is similar to the gestures used on the iPhone.

The Zune 4 and Zune 8 will be available in black, red, and pink. The red Zune has more of a fingerprint-attracting glossy finish, whereas the pink has a softer, almost rubber-like finish. I’m not a fan of pink, but I like the grip offered by the finish. The American retail prices for the Zune 4 and Zune 8 are $150 and $180, respectively. 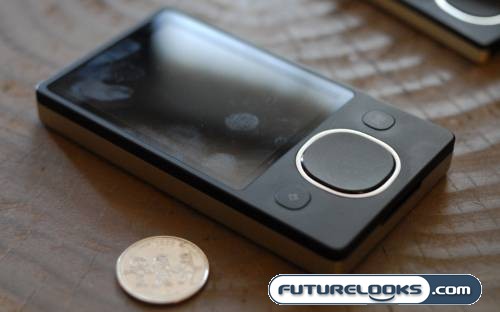 The Zune 80, which will only be available in black, has identical firmware and features as its Flash-based counterparts. The only differences involve size (2.4 x 4.25 x 0.5 inches), weight (127.6 grams), and screen size (3.2-inch QVGA). The screen is 0.2-inches larger than the Zune 30. American pricing has been set at $250. One thing that all the Zunes feature though is a REAL headphone jack allowing you to use any set of headphones, unlike what has been done to the iPods.

When the Microsoft Zune launches in Canada, it will not be accompanied by the Zune Marketplace. At least, not initially. What this means is that Canadian consumers will need to look elsewhere to purchase their music (*cough*, DRM-free iTunes, *cough*). The Microsoft rep said that they didn’t have any official suggestions, but did recommend that you look toward the usual suspects.

The Zune Marketplace, when it formally launches in Canada, allows customers to purchase music directly from the PC software. There are all sorts of ways to find new music, including searching by album, artist, genre, top picks, and so on. In addition to the usual opportunity purchase individual songs and complete albums, Microsoft also has a $14.99/month subscription service. This gives customers access to the entire Zune Marketplace library as long as they maintain their subscription.

There are currently over 3 million songs available in the (American) Zune Marketplace, and over 1 million of these are MP3 files. Unlike the other 2 million songs that carry DRM protection, the MP3 files can be shared however you like. Burn it on a CD, upload it to your car stereo… do whatever you want. It’s yours. Microsoft is working to increase the number of DRM-free MP3 tracks in its library.