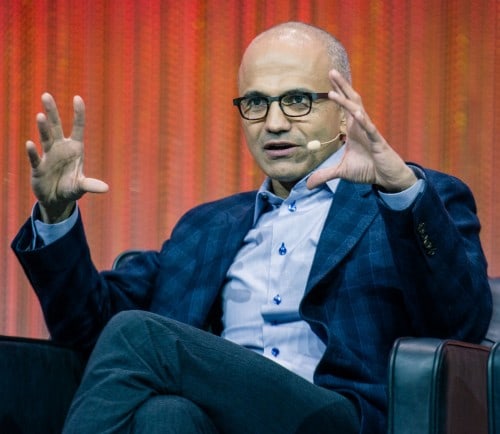 After some speculation over the past couple weeks and months, today Microsoft announced who will be replacing Steve Ballmer as their new CEO. Satya Nadella, the executive currently in charge if the Microsoft’s Cloud and Enterprise group, has been asked to take the big chair. This announcement is also accompanied by news that Bill Gates is leaving his current Chairman position and taking on a new role as “Technology Advisor,” a move that was apparently part of the conditions for Nadella taking the CEO position.

This seems to be a good move for Microsoft, both from an internal and external perspective. Gates himself stated that he wanted the new leader of the company to have “a lot of comfort in leading a highly technical organization.” Nadella is a technologist with both a bachelor’s degree in electrical engineering and a master’s in computer science. He’s also a company insider who’s been with the organization for 22 years. That may not trigger any changes in business direction in the short-term, but many hope that Nadella will make some big changes that will help lift Microsoft stock up from the flat line it’s been in for more than a decade.

All that remains to be seen though. For now here’s a video from Bill Gates welcoming Satya Nadella to his new role as Microsoft CEO.