Unless you’ve been hiding under a rock somewhere, you’ve probably noticed that hard drive prices have quadrupled in price and that’s hurt everyone from end users to system builders. But that hasn’t stopped Seagate from forging ahead and continuing to innovate. We stop by their secret meeting area in the Vdara Hotel in Las Vegas during CES 2012 to find out what they were doing to bring prices back to normal and to check out some of their new products for both PC and Mac users. And of course, it’s in 1080p HD above or you can watch it on YouTube. 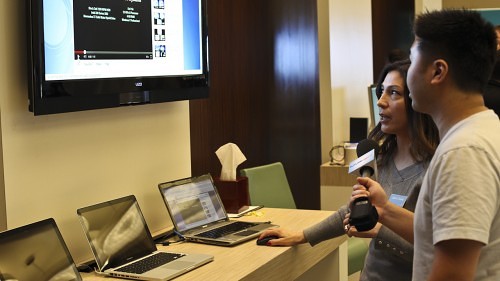 One of the products that makes a lot of sense in this SSD crazed market is something that bridges the storage capacity of a platter based drive with the speed of an SSD. Intel has responded to that challenge with their Inter Smart Response Technology. However, that product is only available to INTEL platforms released after the P67 series and is only available to desktop platforms. Notebook users and folks loyal to AMD have no other options. That’s why Seagate’s Momentus XT did so well and continues to do even better with their new version that is 750GB in size and boasts 8GB of cache (vs 4GB of the original).

New algorithms onboard actually cache your OS files and any apps that get opened on a regular basis. In a secret part of their display, we were also told that there would be even more cache in future revisions, but this cache would allow pinning of frequently used apps to the cache portion, allowing you an instant burst of speed instead of waiting for the algorithms to decide which apps to accelerate. I know that a lot of users just can’t leave things on auto so this will definitely help this product please a wider range of users.

We also find out that Seagate is moving towards a 1TB platter density. With this innovation, drive prices should hopefully be pushed down a little bit to curb the artificial inflation in pricing. David Burks from Seagate told us that we should see 1TB single platter drives hit at about the same price that single platter 500GB drives hit the market at not too long ago. We hope that happens sooner rather than later. 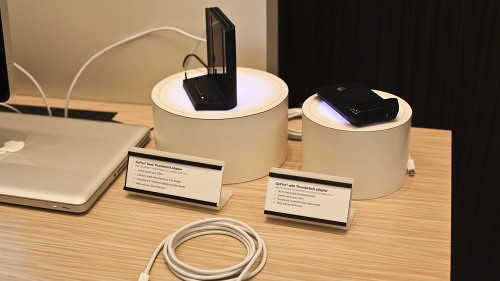 The power of the GoFlex interface is the fact that as new and faster IO interfaces are created, your Seagate drive will be able to upgrade to the new technology. They showed off a series of portable desktop and pocketable drives that use Mac-centric Thunderbolt interface. While Thunderbolt isn’t an exclusive thing with Apple, it does make that port touted by them more usable when companies decide to actually create products that use it. With the purchase of a whole new drive system or just the GoFlex adapter, you can make your drive Thunderbolt ready.

The benchmarks show the performance of the Thunderbolt 10Gbps interface, maxing out the internal drive’s performance. You should see the desktop version of the adapter for $199 and the portable version go for $99. We’re looking at late January to February for release of both products so pretty soon.