Since I already had a 3GB HyperX 2000 MHz kit installed in my test sysem, I simply swapped the 3GB for the 6GB kit. Before powering up, the motherboard's CMOS was reset and upon boot up and then set to optimized settings. I set both of my test memory kits up manually and used the XMP 2 profile to show the differences between the memory's optimized and non-optimized timings and latencies.

Here's a list of the goods that went into the system:

As far as benchmarks go, we used the latest version of SANDRA from Sisoft offers excellent tools for benchmarking the processor and memory. And, since each component dramatically affects the others performance, Mathematical and Multimedia benchmarks were also included. Throughout the tests, we'll be comparing our two listed test kits at their advertised frequencies and latencies.

We start off with benchmarks using 3DMark Vantage and Sisoft SANDRA Professional. 3DMark Vantage utilizes the highest bulk of the system that is heavily dependent on the system's resources, including memory and offers a more overall system performance score. SANDRA is capable of testing the components individually revealing where the memory best benefits the system. 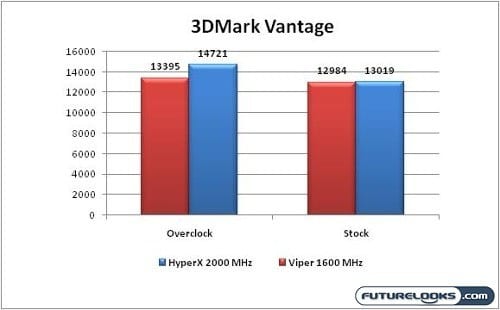 3DMark Vantage thoroughly sinks its teeth into your system as each of the four benchmark components are performed. We used stock program settings. There's a slight performance gain in favor of the HyperX memory with its lower 8-8-8-30 memory timings vs the Viper's 9-9-9-27 timings. It's when the CPU Bus is raised that you see the HyperX show its true capabilities leaving the Viper behind. 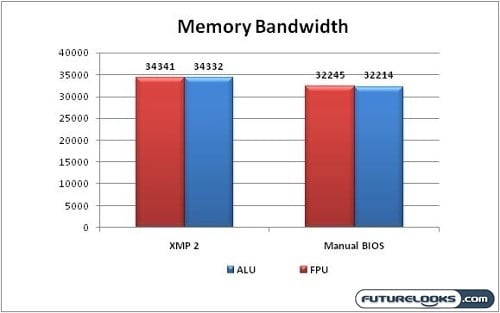 Here, you can see that the memory bandwidth produced via the HyperX 2000 MHz memory using 9-9-9-27 manual timings is roughly 32,200 MB/s, or 32 GB/s. When the XMP 2 setting is applied in the BIOS, the memory's timings are dropped to a much lower latency of 8-8-8-30 which affords a noticeable bandwidth improvement.

Lower timings always means more memory bandwidth and better performance and it is pretty clear in our tests that this is so. 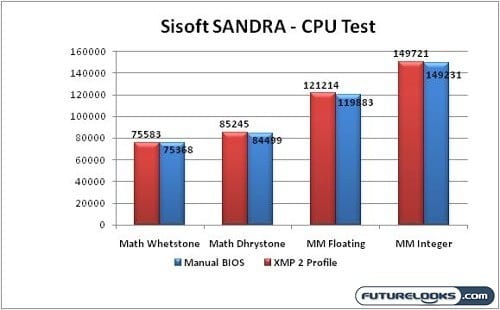