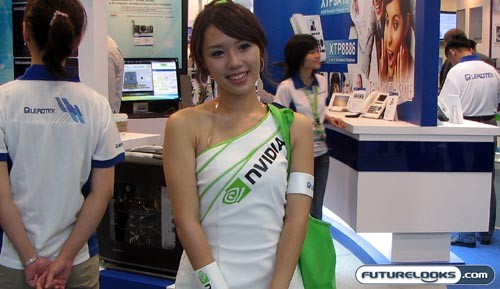 As you may recall from the opening press conference, this year’s COMPUTEX computer expo is comprised of four main themes. They’re focusing on WiMAX mobile broadband technology, information communications technology crossover products, new compact notebook PCs, and green IT. This last point is of particular interest, given the world’s rising concern over escalating fuel prices and the effects of global warming. Even though companies have to pay attention to their bottom line, it is becoming increasingly important to be mindful of their impact on the environment as well. We need to go green.

Most manufacturers are trying to do something that is a little more “green”, but how can a major trade show like COMPUTEX minimize its carbon footprint and be a little nicer to Mother Nature? We here at Futurelooks have come up with five key elements that could help move the computer expo a little closer to the green side.

For COMPUTEX Taipei 2008, the organizers decided to expand the trade show across two different exhibition centres. They are located about 15 to 20 minutes apart from one another via cab, so what this means is that everyone in attendance will need to commute between the two locations to see everything. This not only adds to the already congested streets of Taipei, but you can imagine how much extra pollution is caused by the shuttle buses and taxis involved. 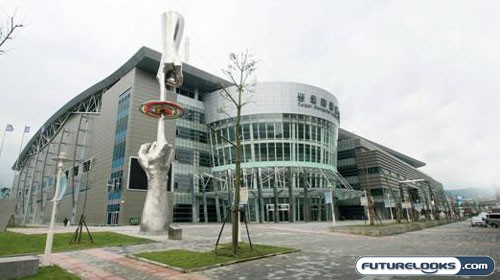 The new Nangang Exhibition Hall is easily the better of the two locations and I’d say that it would be big enough to house the vast majority of the exhibitors. There were plenty of meeting rooms and such that were being underutilized. The alternative would be to limit the number of exhibitors or to limit the size of their booths. I realize that this would go against the whole thing about how COMPUTEX is the world’s second largest computer expo, but they need to be more efficient.

The best configuration would be if there were enough hotels in the immediate vicinity of the Nangang Exhibition Hall for the majority of the international buyers and press in attendance. This way, they could walk to COMPUTEX each morning instead of having to hop on the bus or in a cab.

I was surprised by how few companies offered a digital press kit at COMPUTEX. Instead, the vast majority were still using the usual printed kits, meaning that a whole lot of trees were killed in the process of producing all those pieces of paper. Even from a usability standpoint, digital press kits are easier for media to handle than all these sheets of paper. 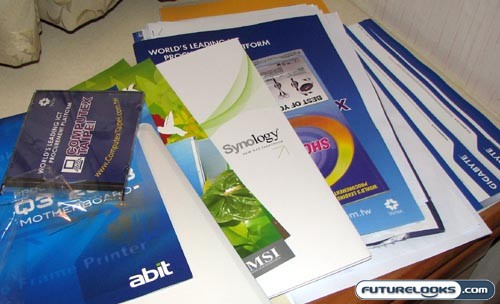 There are a few ways that they can go about doing this. Some companies distribute their press kits through a USB flash drive. This is good, because the drive can be reused after the press kit has been explored. Perhaps the even greener alternative would be to use no physical media at all. No flash drives, no CD-Rs. Instead, all press can be given a card — possibly equipped with RFID technology — that they can tap at each of the booths. The contact information is given to the exhibitor and a press kit is automatically emailed to the media member. Better still, all the press kits can be uploaded to a common resource area online. Press can just download at will.