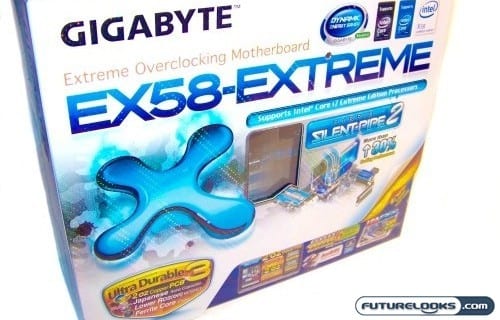 What makes GIGABYTE so extreme you ask? Well, this is a company that has been fighting valiantly to prove they are the number one producer of enthusiast and budget based motherboards. Let’s recall a few of their latest achievements. For one, they have repeatedly produced the fastest motherboards for AMD helping many overclocking teams set new world records reaching 6+ GHz. Their Intel chipset platforms have also done very well becoming the choice among Intel enthusiasts. Finally, they are highly dedicated to their community of users.

The EPIC battle to be the best continues on the Intel side of the field. Today, we have the GIGABYTE EX58-Extreme Ultra Durable 3 Motherboard built with their latest Ultra Durable 3 design. Based on the experience I had with it’s cousin,  the EX58-UD3R, I have high hopes for this product as well. 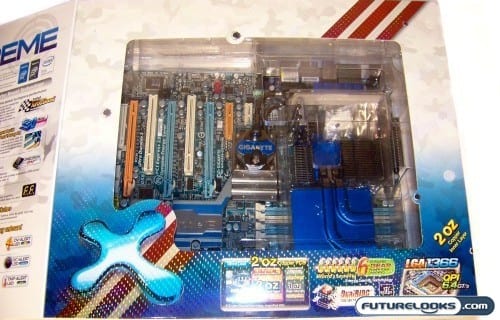 These features along with the improved IC voltage control are what allow the platform to reach far beyond its basic specs in terms of overclocking. Other bright spots include:

In order to take advantage of that extreme performance, this motherboard grants you the all powerful ability to utilize 3 way SLI or CrossfireX video cards. So, it doesn’t matter if you’re an ATI or nVidia fan or not. The platform offers the maximum support to enjoy 1920 x 1200 and higher resolutions in whatever game titles you can think up. At present, this board represents the pinnacle of performance in X58 based platforms.

Just in case you weren’t aware, GIGABYTE’s latest BIOS update also gives their CrossfireX only X58 motherboards nVidia SLI support. That’s great news for UD3R users who want to run two nVidia based video cards. But, if you want Triple SLI, you’ll have to pick up one of these magnificent EX58-Extremes. 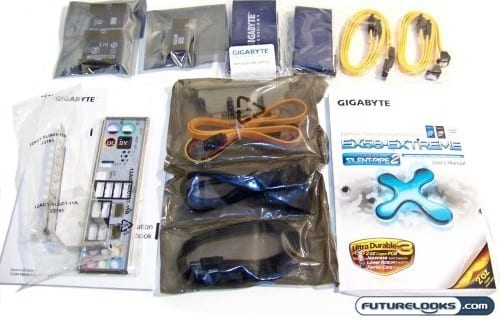 The motherboard bundle is about as good as any these days. If you’re hoping for an included video game, those usually accompany video cards.  Otherwise, the bundle includes 4 yellow 90-degree SATA, blue ATA, and FDD cables. There are also eSATA cables that accompany an eSATA PCI Bracket for extended storage.

And, of course, don’t forget the SLI and Triple-SLI bridges to take advantage of all those extra slots. The rest of the parts include the mucn needed manual, user guide, I/O shield for your case, and driver CD. Without this kind of bundle, all these features on an extreme platform would be for naught.