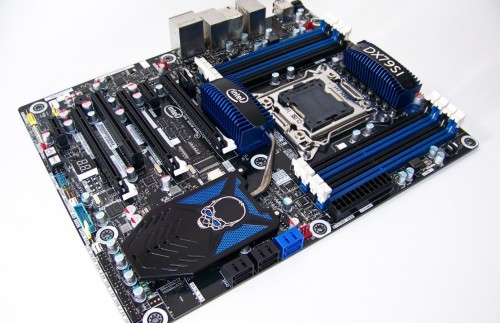 The DX79SI is Intel’s flag ship performance motherboard. It offers the maximum number of native DIMM slots supporting up to 64GB total 1600MHz DDR3. However, the board will accommodate 2400MHz memory overclocking which wasn’t possible on previous generation boards. Naturally, you won’t reach those frequencies with all 8 DIMM slots populated but you can get there with four memory modules. This will be the case with all partner X79 motherboards as well. 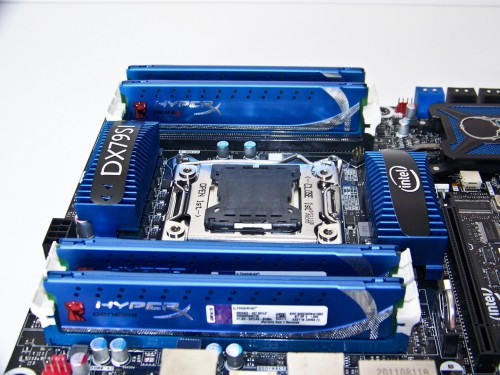 Software wise, Intel tuned up the Extreme Tuning Utility used for monitoring temps and controlling fans. Users can manually tune the memory and processor. And, of course if you don’t have the overclocking bug, there’s the option to let the system auto tune itself. Remember, this is not a reference board. You’ll be able to find this nearly flawless board from the usual retailers for about $360 US/CA as well. 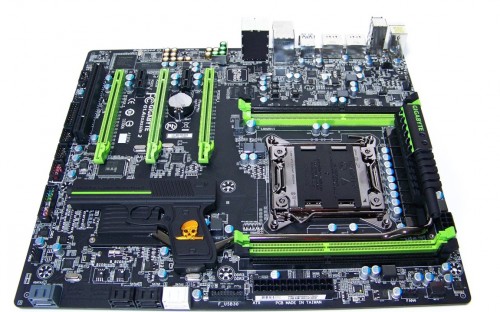 The G1 Killer series is the only unmistakably gamer-only line of motherboards. The Assassin 2 is their flagship premium gaming motherboard aimed at balancing high end gaming components  with some high performance tuning. You’ll notice this time around, the X79 Assassin 2 isn’t as flashy due to the increasingly small profile components plus the lack of any special “Killer” LED heat sink lights. 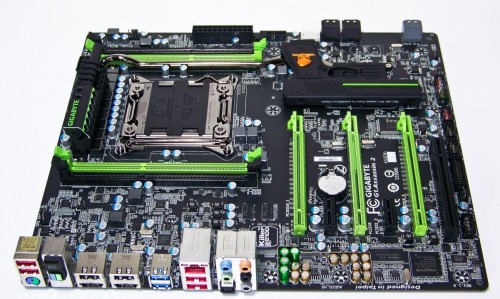 GIGABYTE’s new 3D Power Utility offers near complete voltage, phase and frequency control over the CPU. And, we finally get dual UEFI 3D BIOS in the X79 platform. Preliminary handling showed us an attractive BIOS with a logically intuitive interface. Pricing of the GIGABYTE G1 Killer Assassin 2 is estimated at $430 but could end up being less from retailers. 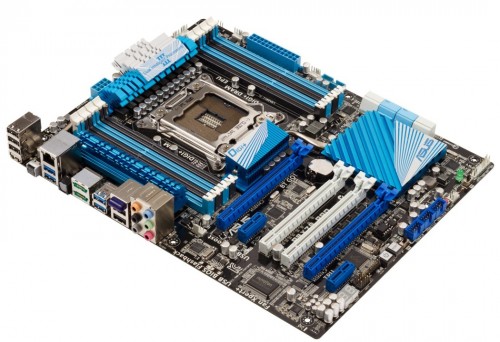 There are plenty of users who require a bit more connectivity without cleaning out your wallet. After browsing the many X79 offerings, the ASUS P9X79 Pro looks to be the right platform for the job. Some of the features include four PCIE 3.0 slots for 3-Way NVIDIA SLI and AMD CrossfireX expansion, the latest rear IO expansion, integrated BlueTooth connectivity and plenty of SATA2/3 ports.

One of the features ASUS is well known for designing is their Dual Intelligent Processor III digital PWM. This technology has consistently provided the cleanest, most responsive power that gives Intel processors just a little extra edge. This design shines even further if you happen to take advantage of their BIOS overclock presets. If you want that extra power, you won’t be disappointed. Power users will also find setting up their 64GB max memory very easy thanks to the MEMOK feature. That’s more than enough to handle those massive Photoshop or media projects.

How much will the ASUS P9X79 Pro cost? We didn’t get confirmed prices, but it stands to reason the board will price in around the $330 US/CA level. Given the history of the “Pro” boards, expect these to be the board of choice for many enthusiasts. 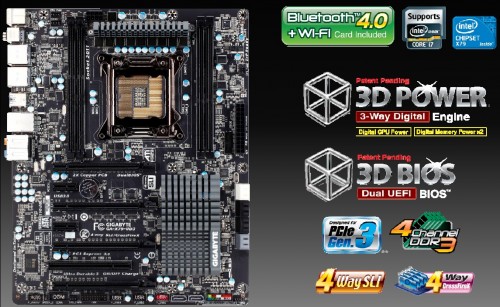 Not all content creators need much more than the basic features to be productive. This is one place the GIGABYTE GA-X79A-UD3 may or may not fit. While it has all the trimmings of the previous X58 generation, this PCIE 3.0 ready platform also supports 4-way NVIDIA SLI and AMD CrossfireX. That’s a lot of Folding@Home and Photoshop processing power typically flaunted by higher end boards. That could make this platform a very hard standard to top.

Many features are the same as the Assassin 2 including the use of 4-DIMM slots, 3D Power, dual UEFI 3D BIOS and Bluetooth 4.0+WiFi card. Judging by the VRM components north of the CPU socket, there appears to be the same amount of overclocking potential. Again, that International Rectifier digital PWM is built in to all their platforms.

Prices of this platform will be in the neighborhood of $280 US/CA from the usual retailers. This could be a very popular bang-for-buck platform among Sandy Bridge-E users.