Search
Home
News
Prev4 of 4Next

AMD Was Here Too! 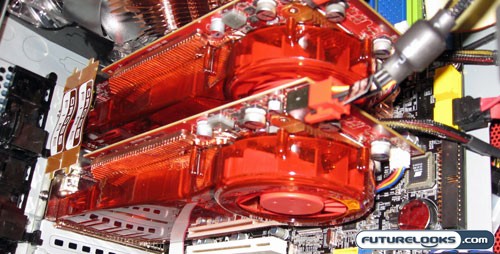 AMD was hiding out at the Sapphire booth with a few goodies.  The first thing we noticed was their new RV670 GPU running in Crossfire.  The RV670 features a die shrink to 55nm and will not only run cooler than their current current HD2900XT part, but will use a heckuva lot less power.  While the HD2900XT’s require two PCIE power connectors per card, the RV670 requires only one PCIE power connector. 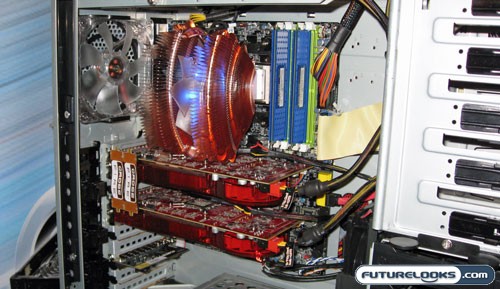 They were also showing off their Phenom Quad Core processor and a new software utility that is being release to help users optimize system performance on full AMD/ATI systems. The utility offers automatic settings for those os us that just want to game knowing their systems are pre-tweaked and stable or users can totally unlock all the features and tweaks on their systems and go nuts. Best of all, it works perfectly under Windows so no need to reboot and tweak those settings through the BIOS.

For the last while, INTEL has taken the pure performance crown, but AMD hopes to capture the performance per watt crown this next quarter with their new processors and win the hearts and minds of ECO-conscious users.  They also showed off some reference motherboard platform design enhancements that should improve audio quality and reduce heat and power consumption on those platforms which should be showing up on their new 7 series chipsets.

Now the question is…where was INTEL…and do they not care about gamers?

Not Immune From Political Influence

Although this year’s slogan was “Beyond the Game”, it certainly wasn’t beyond politics.  What appeared to be a standard medal cereomony turned into a political statement as Taiwan’s PGR3 Bronze Medal Winner, You Chen Liu, was booed and insulted by Mainland Chinese Gamers for waving the Taiwanese flag while accepting his medal. HardCoreWare has a piece on this incident.

So What’s The Medal Count? 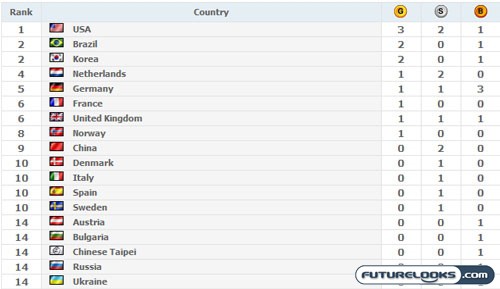 At the end of the day, the US was the favourite to produce the most medals, and with a home court advantage, they did just that. They also lead in gold medals. What was most surprising to me was Brazil’s second place result over Korea.  There were some serious upsets this year.

So What Did This World Cyber Games Rookie Think?

Overall, the pomp and pageantry as well as the controversy, made the World Cyber Games exciting. I was somewhat disappointed with the poor turn out while I was at the event.  They even started handing out free tickets to passerbys.  As a comparison, the Grand Finals when held overseas are packed ot the rafters.  Seattle did do a great job of organizing the event and it was well run so the team deserves props.  However, the low turnout wasn’t completely their fault as NewEgg’s LanFest, (running October 5 – 7) competed for the attention of gamers on exactly the same weekend. Ouch! That’s like having SuperBowl during the Olympics!