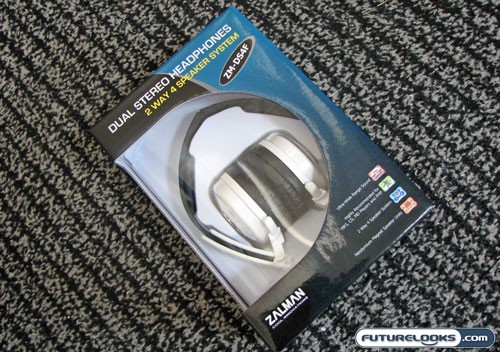 A great MP3 player means very little if you’re channeling that sound through a crappy set of headphones. If you’re like me, then you’re probably seriously dissatisfied with the earbuds that come packaged with most portable music players, opting instead for some sort of aftermarket solution. Some folks might prefer the versatility of ear buds, but if you really want to maximize your aural experience, then giant DJ style cans are really the only way to go. Zalman seems to have created something right in between these two extremes, but did they pull it off?

The Zalman ZM-DS4F dual stereo headphones aren’t quite as huge as the highest end headphones, nor as they as compact as earphones that go deep within your ear canals. They fit somewhere in between and I think this was their first mistake. And oh yes, there’s more than one mistake on this set of headphones. 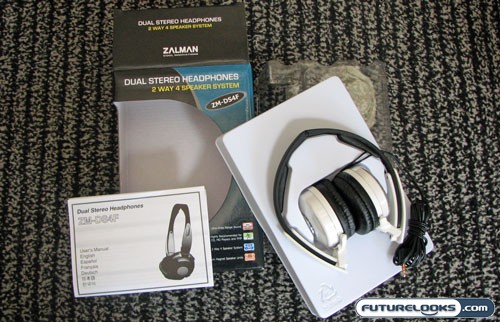 Hitting up the official product page, Zalman describes four features on the ZM-DS4F stereo headphones that are supposed to make us want to buy it. For starters, it boasts what they call “dual 2-way stereo method.” Instead of being restricted to a single speaker per ear, you get two diaphragms per channel. In their own words, “the smaller diaphragm functions as a tweeter, while the large diaphragm, that is position behind the smaller diaphragm, functions as a woofer, similar to a 2-Way speaker.”

This technology leads to the second selling point: Ultra broadband. The tweeter will handle the highest of the highs whereas the woofer takes care of the lowest of the lows. You get “deep bass and clear highs, but also… a well balanced response throughout its responsive range.” Most headphones only come with one speaker per ear, so the range on these compact cans should be better. 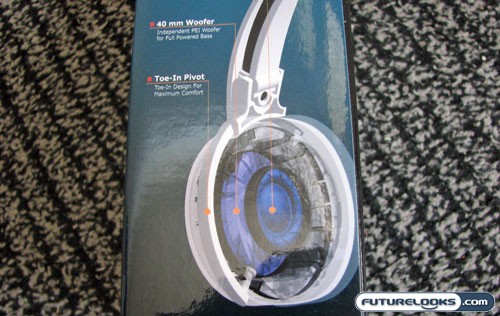 Third, they promise that the ZM-DS4F has been “optimized for MP3 players, PMP, mobile CD/MD players.” I’m not really sure what that really means, because it just makes use of a standard 3.5mm stereo plug. It’s pretty universal and the “compact 3-point folding headband” adds “convenient mobility.” It’s not quite as portable as a set of earbuds, but it’s certainly more compact than a set of giant cans.

Lastly, you get “neodymium magnet speaker units.” Nothing short of the best for our audiophiles, right? 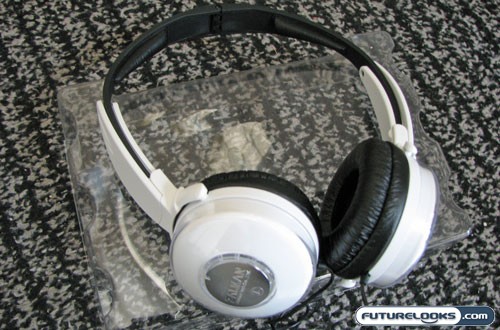 They’re not the cheapest feeling set of headphones in the world, but the Zalman ZM-DS4F cannot compare to its more expensive counterparts either. The padding on the earpieces themselves was fairly comfortable and having the free swinging joint ensured that they wouldn’t feel too stiff. However, the headband leaves much to be desired. There is minimal padding so if you’ve got a bald head (or short hair), the comfort level may be severely lacking. Moreover, when you’re not listening to music and you hang the headphones over the back of your neck, the somewhat sharp edges can cut into your skin. Not good.

Naturally, the headband is adjustable and I’m thankful that the extension area is not exposed. I remember using the headphones that came with old school Sony Walkmans and they’d get caught in my hair. This is not an issue with the Zalman’s. It’s also notable that there is a slight toe-in to the pivot point. This adds to the overall comfort level and is much appreciated. 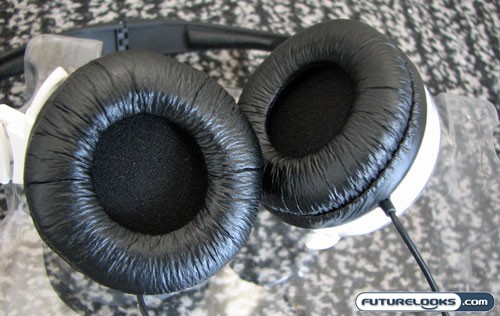 I found that the “cans” on these headphones were a very strange size. They’re not big enough to completely engulf your ears and this makes for an odd fit. I’ve used sport-style headphones before and those didn’t completely cover my ears either, but I feel that DJ-style cans should. They’re meant to block out any ambient noise and without completely covering your ears, they can’t really do that.