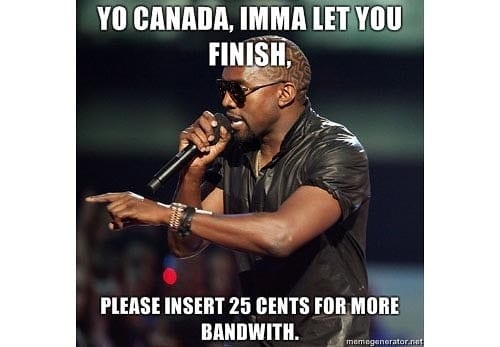 Not surprisingly, a large number of Canadian Internet users were not happy with the whole Usage-Based Billing (UBB) thing. They took to Twitter to voice their concerns. They complained through online forums. They spreading awareness to other Canadians. Social media played a big part in the Egyptian uprising and it's playing a big role in the Canadian anti-UBB uprising too.

However, you have to realize that complaining on the Internet won't be enough. That's why one way to fight UBB is to contact your Member of Parliament directly. Check the full contact list of current MPs, find the one who represents your constituency, and let your voice be heard. This seems to have worked, because both the Liberals and NDP are behind the push to nix UBB and it looks like they will get their way. That doesn't mean you should stop.

Keep the pressure up on them by filing an official complaint with the CRTC. The more people do it, the more attention the matter will get and the more they'll feel like they have no choice but to overturn the UBB decision. Possibly never revisiting it again. That's good for Canadians and peace of mind for the many people that rely on the Internet for their business and their entertainment alike. 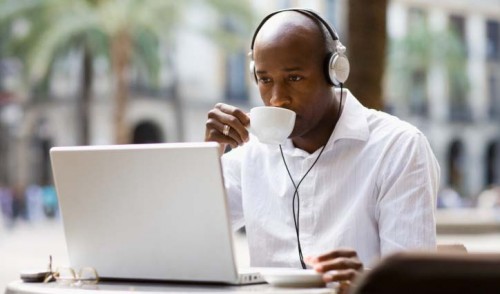 So what if CRTC comes back with a new plan to replace the one that was shot down? Should some form of Usage-Based Billing indeed go live, there are going to be an increasingly large number of leechers around the city. I used a good number of public hotspots when I go traveling, but there's a good chance that more people are going to be hanging out at public libraries, coffee shops, and other places where they can BitTorrent surf the web at will.... but that still doesn't help with Netflix, now does it?

Also, keep in mind that many people still do not secure their hot spots. If UBB were to come in, many of these hot spots would simply "freeze up" in the wake of additional fees and charges. So much for being a good neighbour and sharing the WiFi love!

The Stop the Meter Campaign 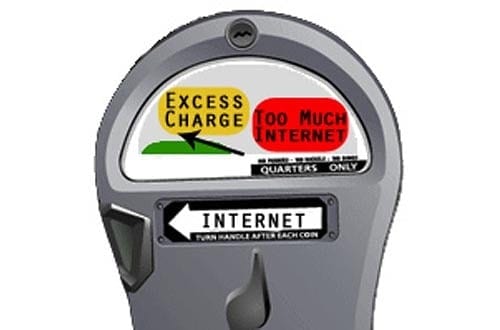 Easily the biggest effort against Usage Based Billing was the petition being run through StopTheMeter.ca. The website, which is run by OpenMedia.ca, has already collected over 300,000 (virtual) signatures from Canadians who are against UBB. In fact, the petition is widely being credited with getting the Libs and NDP on board to support the fight against Internet metering. It worked. The petition directed its attention at Industry Minister Tony Clement and others like Green Party Leader Elizabeth May and Bloc Quebecois Leader Gilles Duceppe.

The idea is that if all the major political parties in Ottawa get behind this movement, then the CRTC will have to seriously consider reversing its decision. It looks like the message got heard loud and clear as the government will overthrow the UBB proposal if the CRTC doesn't buckle to the pressure and take it all back. 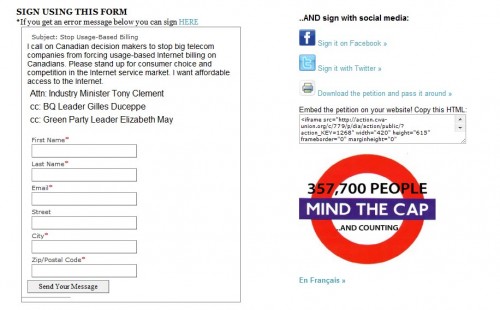 In addition to the form found at StopTheMeter.ca, the site also included three other ways that you could spread the message about how to fight usage-based billing for Internet access in Canada. There were even links to sign the Facebook petition, share the message through Twitter, or even to embed the petition on your own website should you feel so inclined.

We don't normally take a political stance here on Futurelooks, but when someone threatens our unfettered access to the Internet, we take notice. While the battle seems to be over against the CRTC and Usage Based Billing thus far, it doesn't mean that a new proposal couldn't be put on the table tomorrow that makes enough modifications to slide it under the radar. That's why it's up to everyone to educate thy neighbour and to keep fighting the good fight for a UBB free Internet. Vive La Webz!