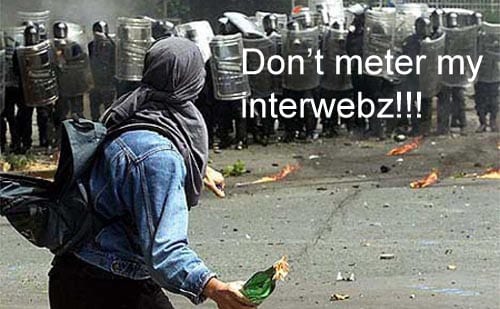 A Little Bit of Background

Before we can get to how you can fight usage-based billing for Internet access in Canada, we need to first learn how we got here. In short, the governing bodies residing over the industry has given the green light to charge Canadians based on how much Interwebz they consume. Use more, pay more. 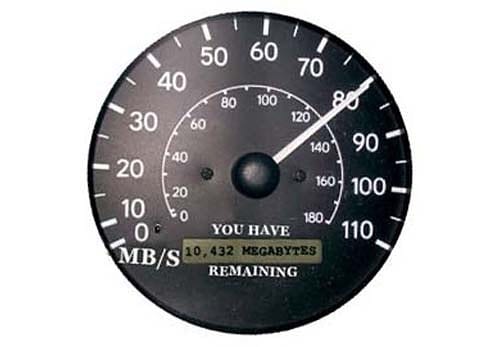 On March 1st of this year, Bell was going to set a 25GB limit on its Internet customers. If you go over this allotment in a month, you’re on the hook to pay two bucks per additional gigabyte. Rogers wanted to instate a similar policy on June 1st. Consider that delivering that one gig of data currently costs Rogers about three cents.

This would have had some huge, far-reaching effects. Remember that many smaller ISPs “lease” their bandwidth from the bigger providers. If the bigger providers start charging based on usage, even when the bandwidth is purchased in bulk, these smaller providers could find themselves out of business if they continue to offer unlimited plans.

These smaller ISPs have to maintain their own infrastructure, so the introduction of an “Internet cap” could have had a grossly anti-competitive impact on Internet acess in Canada. It still could if we don’t keep the pressure on.

Bring on the Netflix (Canada)! 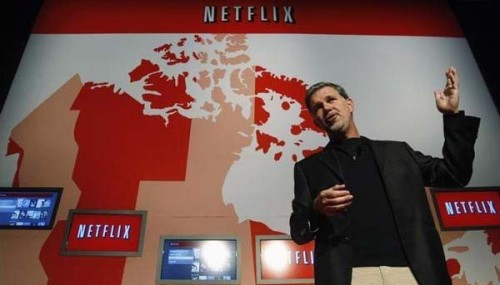 Sure, many of us stream videos on YouTube. Should you feel so inclined, you might be downloading loads of content through mIRC, BitTorrent, and all sorts of other sources. You could be buying content through online stores like iTunes. These all take bandwidth, but usage has just reached a tipping point.

Late last year, Netflix Canada entered the arena, offering you unlimited video streaming for $8 a month. That sounded like a good deal until this whole “metered” Internet thing came into play. Considering that it takes a few gigs for every program or movie you stream through Netflix, you can see how the average Netflix user could easily go way over the 25GB limit.

Suddenly, the $8/month deal gets tacked on with $20, $50, even $100 in overages (or more). I can’t put words in their mouths, but you also have to realize that the major ISPs also have a huge interest in conventional cable television. If people dump their cable subscriptions for something like Netflix, the ISPs effectively lose money… and these caps and overages could be their way to recoup those losses.

They Already Do It with Mobile 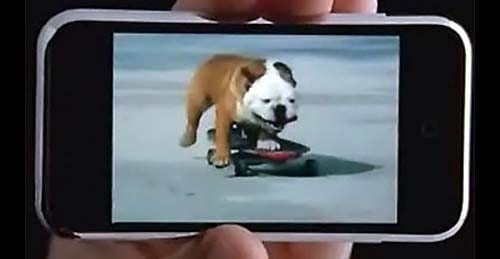 Metered, usage-based billing is nothing new. You already do that with your electricity provider. Based on how much power you use each month, you get billed accordingly. When you drive around in your car, you pay for how much gas you use. These are limited resources and they charge as such.

Even when it comes to Internet access, we’ve come to expect usage-based billing for wireless data on our smartphones. The major wireless providers don’t offer unlimited data (though newcomer Mobilicity does). Considering that you’re looking at the same major players in this field — Telus, Bell, Rogers — it’s not surprising that they want to cash in on overages with home Internet too.

Think about how many mobile users go over their monthly allotments in airtime, text messages, and wireless data. Think about how much extra revenue the overages related to home Internet access could generate.