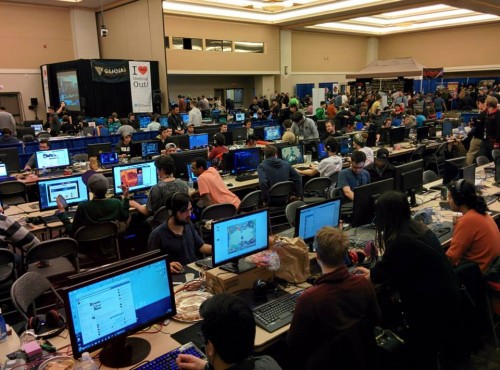 GottaCon 2015 is BACK for another year in Victoria, BC Canada. After an EPIC 2014 event, which saw attendance grow an astonishing 88%, 2015 is starting with a huge wave of momentum. Presenting the event this year will be ZOTAC and NVIDIA, who of course, make those hardcore looking GTX 980s. ZOTAC has a new management team behind it, and it shows, with this renewed vigor to get themselves in front of gamers at the largest full spectrum gaming event in Western Canada. NVIDIA will also be on hand to show gamers not only what GPUs can do, but also, what their mobile SHIELD gaming platforms are capable of. Both companies are extremely excited to be a part of this event.

For those of you that don’t know what a GottaCon is, here’s the video coverage of last year’s event…

As a full spectrum gaming event, you’ll also see board games, console games, retro games, and much more. And don’t forget about the cosplayers, which are a staple of any gaming event of this type. Of course, you should bring your credit cards and cash to buy all the t-shirts and collectibles you can carry.

Futurelooks will be returning to GottaCon 2015 with our gamer lounge, supported by be quiet!, In Win, and Sound Blaster, so make sure you stop by the booth to see us. Plus, we’ll also be running the PC DIY Hardware Panel series once again, to give you an opportunity to ask industry experts, the questions you’ve been looking for answers for.

GottaCon 2015, presented by ZOTAC and NVIDIA, runs from February 27 – March 1st, 2015, at the Victoria Conference Centre in beautiful Victoria, BC Canada. Passes for all exhibits including one of the best LAN parties in the country, are on sale right now. You can find out more information on the event website.

We have it on good authority that there will be even more companies stepping up to the plate, so stay tuned. Full press release announcing the new ZOTAC and NVIDIA sponsorship is posted below.

Victoria, B.C., Canada: GottaCon is incredibly proud to announce a new sponsorship deal with renowned companies ZOTAC and NVIDIA, who will now be the presenting sponsors of the long-running and respected gaming convention.

British Columbia’s premier gaming convention is back for year seven and continues to remain strong with an 88% growth in attendance in 2014, with an average attendance growth of 51% since 2009. This new sponsorship deal with two international powerhouse computer hardware outfits ensures GottaCon’s further growth. Both ZOTAC and NIVIDIA work hand I hand to bring only the best in gaming technology, with NVIDIA’s GPU supporting ZOTAC’s state-of-the-art video cards and more.

“ZOTAC is very excited to be a part of GottaCon 2015 to show and share the fun of traditional gaming and PC gaming with traditional and non-traditional form factors,” remarks Tony Wong, CEO of ZOTAC International. “We deliver unrivaled components and systems suitable for all needs and requirements. Enthusiasts, gamers, students, businesses and corporations– everyone that requires components and systems; we deliver unsurpassed products in all segments with superior performance, reliability and customer service. Our core philosophy embodies our commitment and guides our research and development to deliver first-class products that you can rely on. At ZOTAC, we push the limit.”

“I’m honored to represent NVIDIA and be a part of the gaming tradition known as GottaCon,” says Steve Sung, resident gamer and Canada Country Manager at NVIDIA. “Our passion and enthusiasm for PC gaming is unrivalled; and our GeForce GTX GPUs and SHIELD mobile devices are taking gaming to new heights and new platforms. We look forward to showcasing all of our
latest gaming technologies, including NVIDIA GRID– our cloud gaming service that is on the verge of exploding onto the mainstream– at GottaCon. See you there!”

The videogames industry is a substantial force in BC, and more recently in Victoria, with GottaCon itself plainly showing the city to be the area’s largest video game growth. As for GottaCon the event, all aspects of the convention continue to grow exponentially, with their continued partnership with the city of Victoria and the Victoria Conference Centre allowing for an increase of space into the vaunted Crystal Gardens.

GottaCon 2015 attendees can look forward to ZOTAC graphics and ZBOX mini-systems powered by NVIDIA, complete with next generation gaming-tech demos, as well as portable gaming product (such as the Shield Tablet) from NVIDIA.

Evan Hatch of GottaCon Conventions happily comments, “It’s a really good fit and we can’t be more excited about this new development for GottaCon 2015! NVIDIA and ZOTAC have been nothing but amazing to work with. I can’t wait to see it all in action.”