RMAA is a handy tool for revealing the quality of most any audio card or integrated audio processor. The Creative Labs X-Fi 20K2 audio processor integrated in to the Assassin 2 fits right in to the test. Let's take a look at the test results of the 24/192Hz report (click to make it larger). 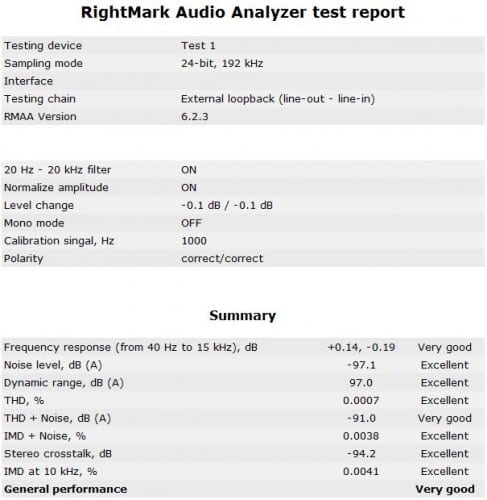 This is actually a better score than the X58 Assassin. In fact, this score closes in on the ASUS Rampage III Black Edition and its Xonar audio card. Engineers did a great job better implementing the X-Fi audio processor. Based on these results, you can expect very good clean responses, clean audio and rich volume levels. No doubt, this is due to better implementation during the design phase of the PCB and placement of components. This makes the GIGABYTE "Super Hearing" a good value.

One of the things I didn't completely cover in the Intel Sandy Bridge-E X79 launch article was a detailed look at input/output performance. If you've seen one USB or SATA, you've seen them all right? Well, that's not the case this time around. The X58 and Z68 platforms use ASMedia, NEC and/or Marvell.  However, the Assassin 2 use updated Marvell SATA3 and Fresco USB 3.0 controllers. Here are the interesting results. 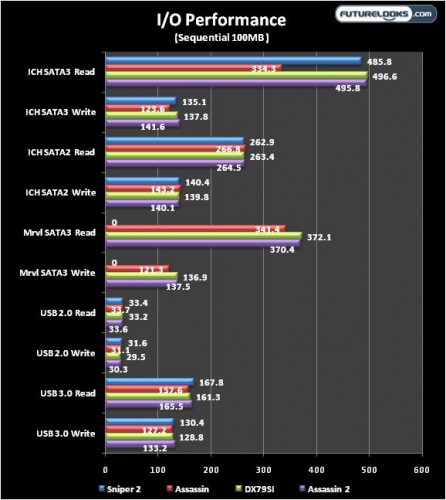 The Marvell controller actually offers slightly better IO due to better firmware. The smaller 4K data block rates are only a few MB/s different which is why boot times were very close. USB 2/3 performance was comparable to previous controllers.

Assassin 2 uses the Killer E2100 embedded network processor as does the X58 Assassin. Intel naturally uses their own Intel LAN Pro while other manufacturers implement Realtek and Broadcom. Here are some transfer rates and latency scores. 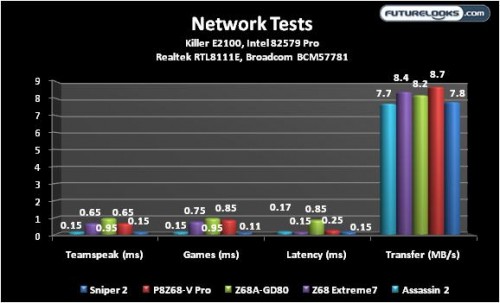 Naturally, any network processor with its own memory can skip the Windows stack altogether eliminating latency. Programs that need immediate net traffic and/or priority naturally get just that. The E2100 still continues to offer very low latencies, priority to game programs yet not very high web data rates as it's not the priority of this particular component. For gaming though, it's easy to see a potential benefit.

The system was left to sit idle and run full load for 3 hours each. The wattage was recorded at 30 minute intervals to get the average. Keep in mind that you may see much lower power consumption depending on your video cards. 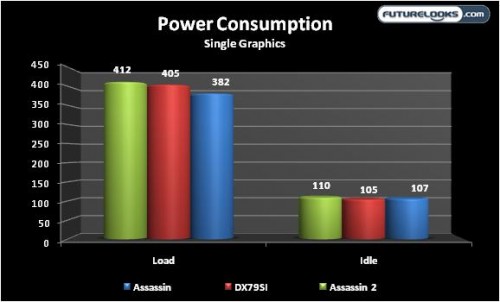 You'll notice that consumption isn't any higher than the original Assassin or Intel DX79SI motherboards. Overall, the X79 platforms are pretty well tuned despite faster processors. in terms of quality, the Assassin 2 is top notch once again. We've seen GIGABYTE's factory first hand have come to expect nothing less than great from their most flagship products. 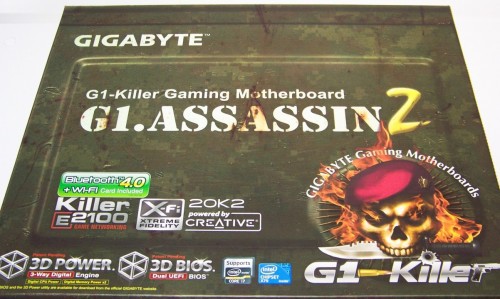 When comparing the Assassin and Assassin 2, I found myself missing the more obvious weaponized heat sinks on the original Assassin. The hand gun heat sink at least made it obvious this is a Killer series motherboard though. And, the X79 component design is quite a bit more low profile with less need for the larger heat sinks. That in itself is a testament to component quality and performance advancement. My green sleeved LED kit from NZXT goes very well underneath the board too.

Quality and performance have improved when it comes to the Assassin 2. It's good to see the Marvell controllers ramping up the small data block transfer rates which improves overall OS and program performance. The integrated Creative Labs X-Fi implementation really provides an all around great gaming experience. It's clear that GIGABYTE engineered the placement a bit more, offering their flagship better quality audio than the original, despite the use of the same audio chipset. I really enjoyed the clarity and rich volume during Metro 2033 and Battlefield 3 (now that it's running properly.)

On the performance side, the Assassin 2 also supports the Core i7-3960X processor nicely. Scores were slightly higher against the Intel DX79SI which is a great board in its own right. However, some will see the lack of 8 memory slots a detriment, but in reality, for a gaming board, four memory slots is more than enough and will ensure that it isn't held back when overclocking.

When it comes down to pricing, the Assassin 2 is a bit less than the original Assassin at its launch simply due to the fact there are less heat sinks and lower fabrication costs. At a respectable $379.99 from the usual online retailers, all of the integrated extras do make this a good quality premium gaming motherboard. And, that's the target market they're zeroing in on with the G1 Killer series.