Religious fanatics everywhere, avert your eyes as I move onto the third worst game. Whatever happened to the good old days of the Door to Door Jehovah’s witness? They’d come by, knock on your doors, and try to convince you why Jesus is so great…or something to that affect. Well, they’re still around pushing their religious tripe down our throats. Since this is the technological era, they too have made advances to assist in converting people. We also call it number three in our list… 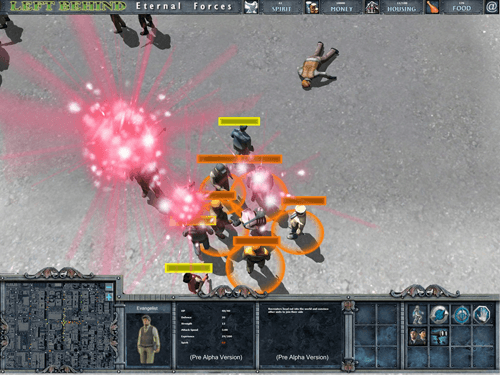 So, let me set the scene for you. The “Rapture” has happened, and the “righteous” have ascended to heaven, while the unfaithful are left behind on earth to deal with the “Apocalypse”. As the player of this game, you take the reigns as the Angelic Tribulation Forces, going against the demonic Global Community Peacekeepers during the End of Days. In it, you must either convert or kill the unfaithful. Honestly, I could write pages and pages on this, but I won’t. This game has so many things wrong with it, that I can’t begin to go down the list. I hereby condemn this game straight to the pits of Hell. Enough said.

So, leaving the religious behind, we come to second to last game of our list. Johnny Depp showed us that being a pirate could be great fun with the adventures, pirate ship battles and let’s not forget, the great plundering and swashbuckling we’ve all come to love. Too bad this game has none of the fun. Instead, it replaces it with tedium. In second place, we call out a game that not only shows us how long and boring pirate battles can be, but also shows us that people during the pirate era talked like suffocating donkeys. 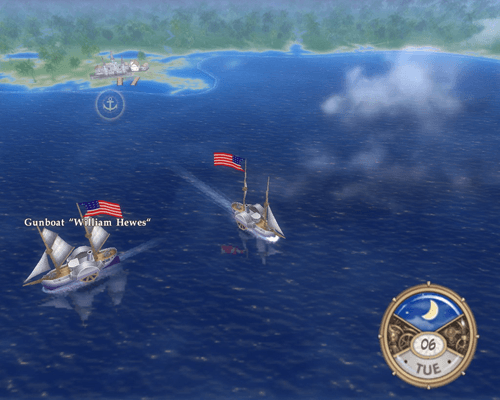 The last time I saw dated graphics like this, it was back when the PS2 first came out. If this game had come out then, I might be a little more forgiving. You should just avoid this game out-right, no matter how big of a pirate-junkie you might be. This game might actually put you off pirates’ altogether. So, where to start? I think a good starting point would be the voice acting.

Instead of even attempting to do voice acting, they have their actors…or, what I can assume are actors, make muffled sounds that don’t even sound like words. Next, we have the penultimate of tedium: The pirateship battles. Oh the boredom! Oh the horror! You first have to find your opponents ship in the vast ocean that is your battle screen. Then, you barrage one another with cannon volleys. This is assuming you haven’t already gotten bored from just hunting them down in the vast ocean. All in all, this game is just bad, no replay, no value…just no. Stay away!

Finally we come to first place, which is actually, the worst of the worst. A game so bad, that it was rumored to have been tossed into a desert somewhere never to be seen again. Programmed in a scant five weeks, this game is the very height, no, the very pinnacle of what a game should not be. I speak of none other than everyone’s favorite lapse in sanity: E.T. 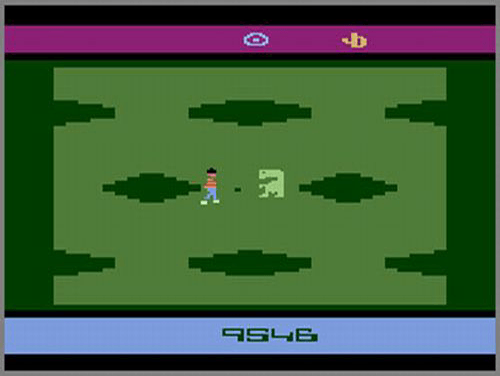 This game’s been called the worst game of all time, but that’s putting it nicely. Hell, I don’t even think this game is worthy of such an honorary title. There is no way around it. Not a single game I’ve played is worse than this. The graphics actually made me angry. The sound almost broke my ear drums. Finally, here is no story or at least not one that I would recognize. It’s not even really based on the movie!

You essentially walk around with ET searching for piece of some sort of phone. The game itself is so mind-numbingly slow, it takes ages to even accomplish a single task. Let’s not forget that all the while ET is moving, he is losing life. Oh, it’s challenging! Are you kidding me? This isn’t challenging! It’s a lesson in patience and stick-to-itiveness. I have no idea why anyone would want to make a game so horrible, and then expect people to actually enjoy it. So without holding back any longer, I now declare E.T. The Extraterrestrial the WORST game of all time.