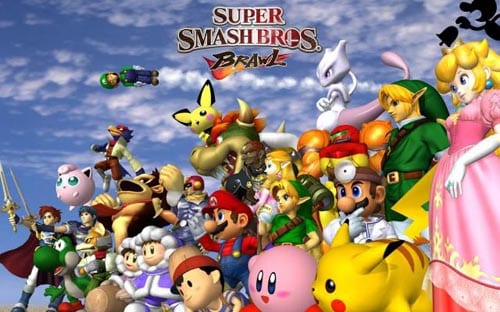 One of the best video games for parties has to be Super Smash Bros. Brawl for the Nintendo Wii. In some respects, it’s far from being a traditional fighting game, but this also means that your more casually-inclined friends don’t have to feel intimidated with complex combos and complicated game mechanics. Realistically, they can get away with just mashing on the A and B buttons, having a ball of a time as you try to be a little more strategic.

Filled with some of the most treasured Nintendo characters of all-time, Smash Bros. Brawl instantly draws on our desires to be nostalgic. Whether you prefer to hurl eggs as Yoshi, relieve some flatulence with Wario, or float around the stage as Princess Peach, there is a character here for you to enjoy. Better still, you can get slightly more hardcore with Solid Snake from the Metal Gear Solid franchise. Or how about some Mario versus Sonic action? 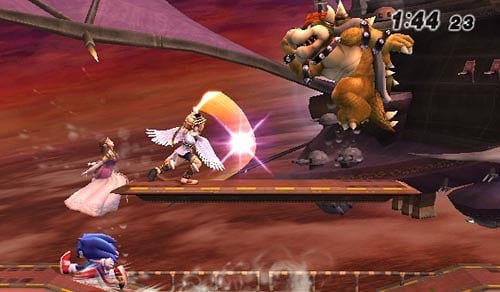 The greatest thing about Super Smash Bros. Brawl is that the action always feels incredibly frantic, especially when you have a full slate of four combatants on the screen, all fighting for the coolest items and the most incredible power-ups. Kid Icarus can shoot his arrows and Bowser can come pounding down, all while Samus charges up for a super blast and King Dedede swings his massive hammer. I suppose in the spirit of St. Patrick’s Day, the green colors of Link and Yoshi will be the most popular. 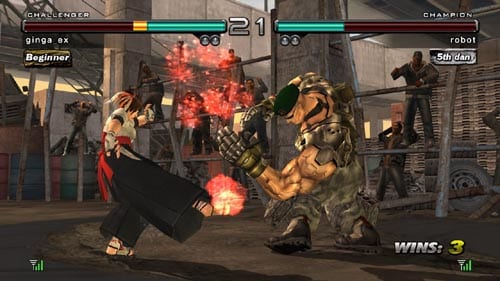 Back when I was still playing on my Sony PSP, one of my favorite games had to be Tekken 5: Dark Resurrection, a slight upgrade over Tekken 5 which was available on the PlayStation 2. Now, Dark Resurrection is available through the PlayStation Network for the PS3, helping to satiate your appetite for Namco-fueled hand-to-hand combat until Tekken 6 makes its appearance on the console at some point in the future.

Whereas some other fighting games rely largely on fantasy with their fireballs and electrical attacks, the Tekken franchise has always been one of the more technical and “realistic” fighting game series. You know, so long as you’re willing to accept combat with a panda as being realistic.

As expected, you get quite the impressive roster of characters to choose from as well, including some older favorites like Paul Phoenix, Hwoarang, Steve Fox, Craig Marduk, and Kuma. Myself, I prefer to use relative newcomer Raven, mostly because he looks almost the same as Wesley Snipes’ Blade. 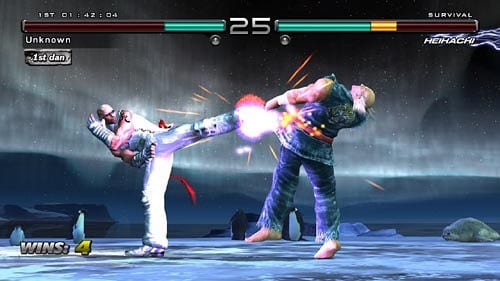 While Super Smash Bros. Brawl may be appropriate for the casual crowd, letting them just pick and play, Tekken 5 is not really for the feint of heart. You could try to button-mash your way through this kind of fighting game, but you will ultimately get crushed by anyone who is a little more versed in the game engine. It’s all about dodging, timing, and combos. If you prefer weapons over fists, check out Soul Calibur IV for the Xbox 360 and PS3. It’s got Yoda and Darth Vader to boot.