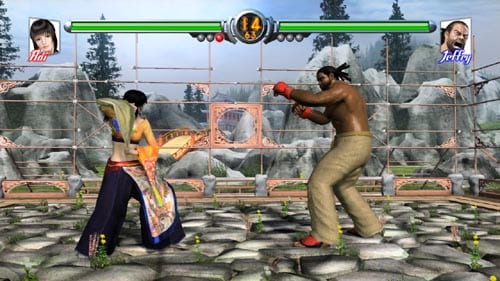 Speaking of games with highly technical and tactical inclinations, Virtua Fighter 5 Online for the Xbox 360 (and Virtua Fighter 5 for the PS3) is arguably one of the most complex fighting games of our time, despite only using three main buttons. How hard could it be with just block, punch, and kick, right? Well, it’s not how many buttons you have; it’s how you use them.

When Virtua Fighter 5 was released a couple of years ago, it was easily the best looking fighting game out there and even today, it’s still one of the most visually-stunning brawlers available. The 3D fighter gives you destructible environments, some powerful special moves, and a ranking system. It’s a shame that the PS3 version can’t go online, but the 360 version lets you battle other Virtua Fighter enthusiasts from around the world.

The introduction of El Blaze in Virtua Fighter 5 adds an interesting dynamic, especially when the luchadore faces off against a slower character like Jeffry McWild or Wolf Hawkfield. Again, as with Tekken 5, Virtua Fighter 5 has a steep learning curve and is not for the casual passer-by. 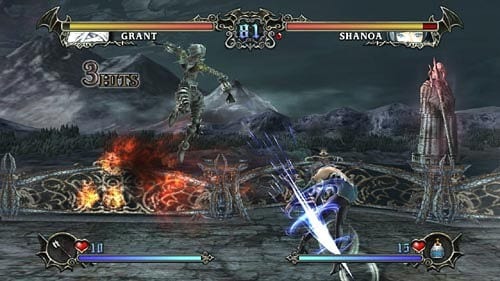 One of my all-time favorite games on the Sega Dreamcast was Power Stone. It was a wholly different kind of fighting game, because instead of keeping you within the confines of a two-dimensional environment, you could freely run around the stage as if it were a 3D platformer. The action was fast-paced and beautiful in its simplicity.

Castlevania Judgement for the Nintendo Wii tries to recreate this same kind of fighting dynamic, but it ultimately falls flat on its face. The Castlevania franchise from Konami isn’t quite as popular as it once was, but the action RPGs (like Order of Ecclesia) still hold their own. That’s too bad, because Konami should have never entered the fighting game genre with Judgment.

The camera never seems to be the right place, making it frustratingly difficult to pick up the various items that pop up on the stage. Further still, the graphics leave a lot to be desired. I understand that the Wii isn’t meant to blow us away with its graphics, but Judgment feels like it could be an early title from the PSone. 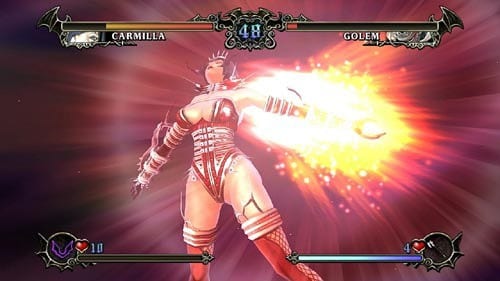 Being on the Nintendo Wii, Castlevania Judgment gives you the “opportunity” to use Wii waggle controls. Unfortunately, this doesn’t add to the excitement of the game; it just makes it tiring and unwieldly. You’re much better off using a GameCube controller or a Classic Controller (or the Nyko Wing).

The voice acting gets annoying, the camera is frustrating, and the super moves are way too powerful. If you’re planning a fighting game gathering for St. Patty’s Day, I suggest you keep Judgment out of the loop.

Put Up Your Dukes 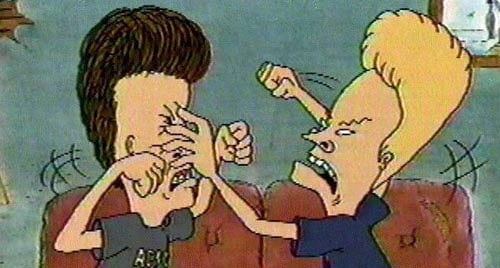 In the spirit of St. Patrick’s Day, let’s get out there and beat the crap out of each other. But let’s keep the bruises virtual and the weapon-tossing on our TV screens with some fun fighting games. Whether you have the Wii, the Xbox 360, or the PS3, there’s something out there for you to put your gaming buddy in his place. Shoryuken!

Show Your St. Patty’s Day Spirit by Leaving Us a Comment!