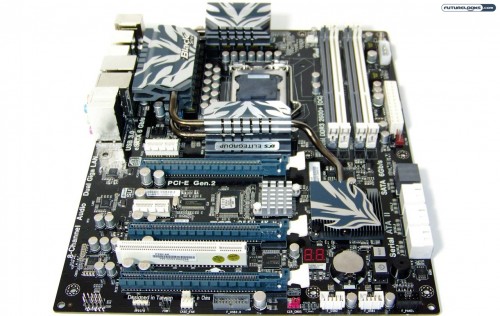 The automated BIOS configurations all worked flawlessly giving me complete access to several overclocking settings. The board is very eager in supporting 4GHz frequencies without dropping the multiplier much at all. The EOC (easy overclocking utility) software was a little less agile and stable than the automated settings topping out at about 180MHz CPU bus clock. This isn’t surprising, but better than previous generation utilities. 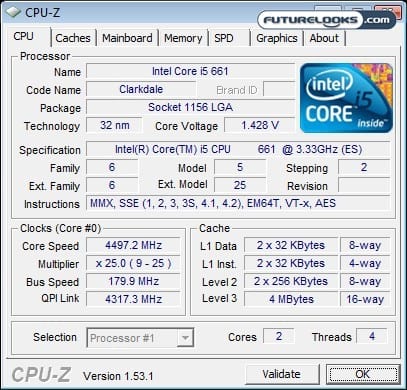 Using the BIOS, I easily reached 185MHz with very little BIOS manipulation in terms of voltage. It’s always nice when there are settings that can help control VDroop which can really effect overclocked CPU stability. Getting to 200MHz required a heftier 1.38 volts or else the BIOS would hang. The system seemed to settle right in at 210MHz bus clock with 1.43 volts which is about the max I personally like to push with regular use.

If you’re fine with these 24/7 risks to your CPU, you should be able to hit 215MHz with 1.45 to 1.5 volts. Excellent CPU cooling would be required at those voltages of course. 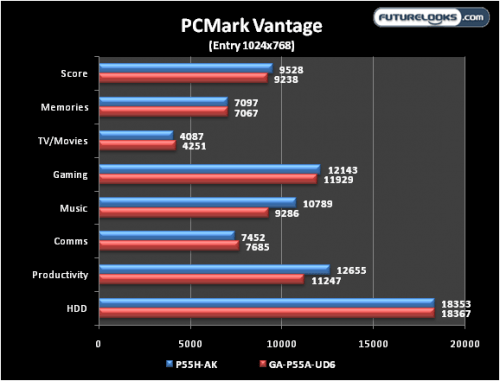 Starting off the onslaught, the P55H-AK scores higher than the P55A-UD6 in more than one way. Keep in mind that a lot of it has to do with more PCIe freeway lanes and supporting components that use them. 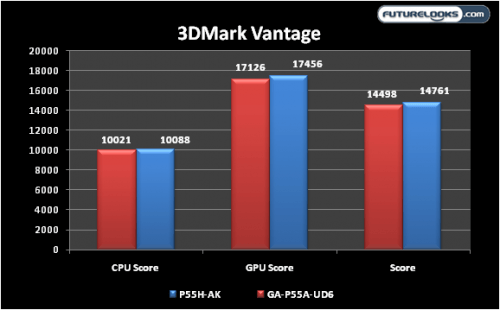 There’s not a great deal of difference even with both BIOS running full Turbo mode. However, the ECS board again takes the lead mainly due to a higher CPU score. 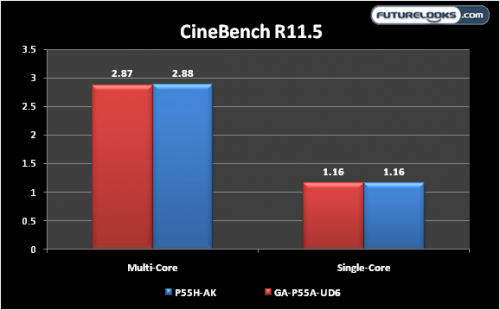 All of rendering here puts all of the processor cores and threads to work. But, after several passes, the P55H-AK pulls just a head in the multi-core average. These results are almost identical to my old favorite, the ASUS P7P55D-E Pro.