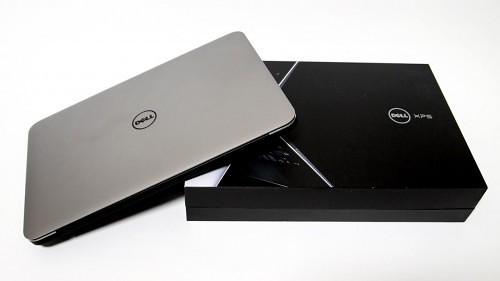 Thin and light is the name of the game. You no longer have to lug around a heavy laptop to get the full PC experience, thanks to the recent generation of Intel-powered ultrabooks. Today, we take a look at the Dell XPS 13 Ultrabook that slots right into that market. The silver anodized aluminum body immediately speaks to the higher quality of this ultrabook, but does this beauty really hide a beast under the hood? Let’s dive in and find out. 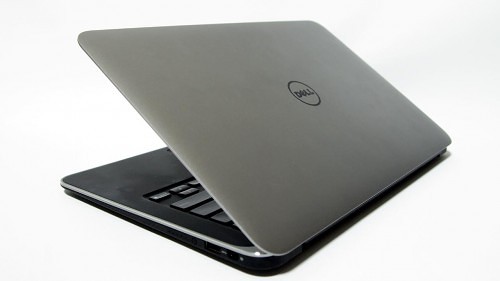 You might remember my review of the Dell XPS 15z a short while back and how I said Dell clearly borrowed some inspiration from the Apple MacBook Pro. Well, the Dell XPS 13 is much the same, except it is targeting more of the MacBook Air crowd.

As mentioned above, you get a silver anodized aluminum body in a remarkably thin frame. The underside is an almost rubbery carbon fiber, once again adding to the “premium” feel. Like other Ultrabooks, the XPS 13 does away with the typical optical drive in an effort to keep the weight low and the profile slim. You’ll also notice that the 47 WHr 6-cell battery is integrated into the notebook itself, adding to the svelte appearance. This version has a 13.3-inch 720p Truelife WLED display, though there is also the larger XPS 14 if you want a bigger screen.

Because it is an ultrabook, ports are minimal. There is a single USB 3.0 port on the right, along with a DisplayPort. On the left, you get a USB 2.0 port, a headphone/microphone combo jack, and the port for the power adapter.

Features and Specs as Tested

As with most other Dell products, the XPS 13 also comes in a range of SKUs with customizable specs. Current pricing starts at $999, but the model we are testing has been upgraded to a current price of $1499. With that premium, you get a second-generation Intel Core i7-2637M (1.70GHz with Turbo Boost 2.0 up to 2.80GHz) processor, 4GB of dual channel DDR3-1333 RAM, Intel HD Graphics 3000, and Windows 7 Home Premium 64-bit. The hard drive platter has been replaced by a 256GB solid state drive as well.

By comparison, the $999 model only gets a Core i5-2467N processor and 128GB solid state drive, though it retains the same graphics and the same RAM. The processor upgrade alone is $200. 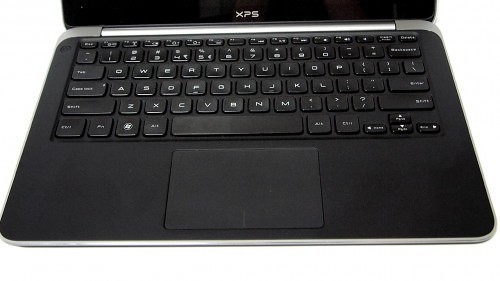 The keyboard on the XPS 13 is wonderfully comfortable as far as notebook keyboards are concerned. The chiclet-style keys are well spaced and they provide just enough of a squishy-yet-clacky experience when it comes to key travel. While I would have personally preferred full-size keys for the four directional keys, I understand the aesthetic appeal of that the smaller keys provide.

Unlike the keyboards on some competitors, the Dell XPS 13 also has full-size shift keys on the left and the right. One of my most common complaints is the use of smaller shift keys in order to accommodate an additional key, but that tends to result in more typos. This layout is much more preferable.

While the XPS 15z still had dedicated mouse buttons below the trackpad, that’s not the case here. You get a single unified trackpad where a tap on the lower-right portion results in a right-click and a tap just about anywhere else is a left-click. The whole trackpad “clicks” inward, but a gentle non-clicking tap still works for left-clicking. It’s smooth, but with just enough texture for a better user experience. The soft finish for the palm rests is equally appealing. 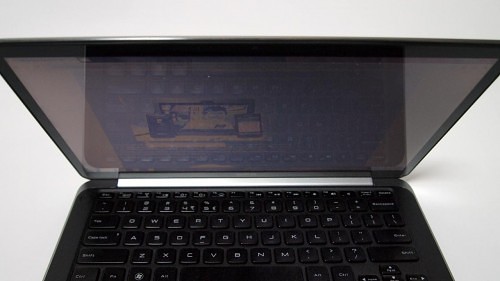 This seems to be a problem that plagues most, if not all Dell laptops. I saw this on the Dell Inspiron 14z, just as I saw it on the XPS 15z. The viewing angles on the XPS 13 are quite narrow, both on the horizontal plane and on the vertical plane.

Any deviation from the “sweet spot” would result in the characteristic “washing out” of details, rendering the screen image virtually unusable. This is true whether you’re looking top-down (as depicted above), bottom-up, or from either side. Yes, I understand that an ultrabook or a notebook is a largely personal experience, but a wider viewing angle would have certainly been appreciated for when you want to show something to a friend or colleague. It would even be useful when you want to curl up with a video yourself and you’re not quite in the dead-on sweet spot. 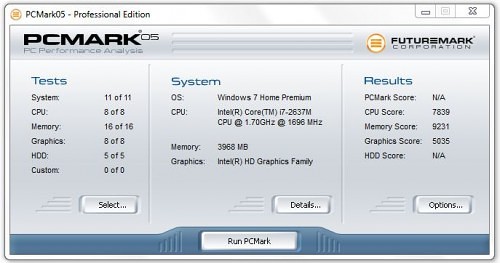 To test the performance of the XPS 13 ultrabook, we ran it through our usual battery of benchmarks starting with PCMark05 Professional Edition.

While it was not able to compute an overall PCMark score, the utility did calculate a CPU score of 7839, a memory score of 9231 and a graphics score of 5035. This puts it roughly on par with the Inspiron 14z and the XPS 15z that we had tested previously.

Most people aren’t going to use the Dell XPS 13 for heavy graphical lifting, but it is a little disappointing to seen an overall score in 3DMark06 Professional Edition of just 4173 3D Marks. While I was able to use this ultrabook for some casual video watching (including in full HD) and some minor photo editing, you can see how it would start to struggle with anything far beyond that.

The SM2.0, HDR/SM3.0, and CPU scores as measured by 3DMark were 1413, 1696, and 2874, respectively. In this way, while the XPS 13 is an easy notch above what you’d get out of a netbook, it’s not going to be much better from a graphical standpoint than many less expensive (albeit definitely bulkier) entry-level notebooks.