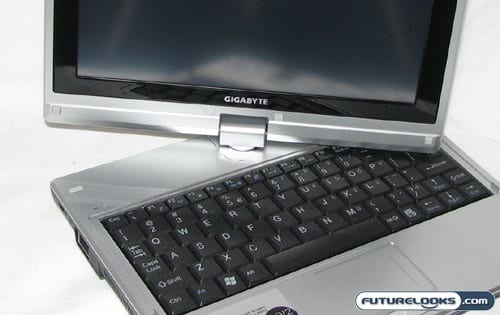 In my recent discussion about whether netbooks are already obsolete, I said that the segment needed a real game-changer, because it has become increasingly difficult to find the marketable advantage. With the GIGABYTE M912 netbook, we may have found a possible answer. Unlike so many other netbooks that are flooding the market these days, the GIGABYTE M912 isn’t just a little laptop; it also happens to be a convertible tablet PC.

We had the opportunity to take a look at the M912 during CES 2009 and now we’ve finally managed to get a review unit in our hands. GIGABYTE tells us that this is quite the hot item and they can’t stock the shelves quickly enough. Let’s see what this buzz is all about. 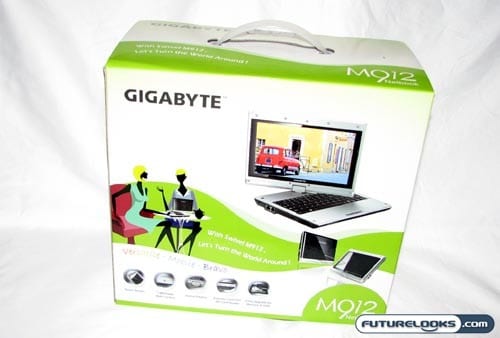 The vast majority of netbooks on the market today fall into one of two categories. You’ve got the cheaper variants with perhaps an 8GB solid state drive and a Linux operating system, and then you’ve got the Windows XP-powered offerings with 80GB or larger hard drives. The GIGABYTE M912 netbook, as a premium unit, falls into the latter category. The key differentiating factor, of course, is that its 8.9-inch display is a touchscreen that can rotate 180-degrees.

In addition to giving you the functionality of a convertible tablet PC, you will also notice that the very same 8.9-inch display rocks a higher resolution of 1280 x 768 pixels. Contrast this to the 1024 x 600 resolution that you find on most netbooks today. The rest of the specs are pretty much in lne with the rest of the segment.

As far as pricing and availability, the GIGABYTE M912 seems scarce, but is listed for a price of around $799 US at most retailers. It’s not cheap, but it’s also not as expensive as some premium netbooks that have popped up on the market recently. 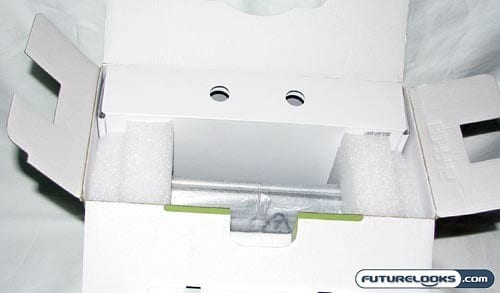 Sometimes, it’s the little things that make all the difference. The outward packaging of the Gigabyte M912 isn’t anything too out of the ordinary with a picture of the unit on the front, a list of specs on the back, and a few slogans smattered along the way. For example, GIGABYTE reminds us that we can “turn the world around” with this netbook, reminding us of the rotating touchscreen display. How clever!

Where I thought they were being even more clever was with the inside of the box. A pair of foam inserts hold the netbook itself in place, cushioning it against any sudden drops or tumbles while on the way to its final destination. Aside from that, there is a simple white box wedged in there that holds all the other accessories that come included with the M912. More on that in a moment.

No, this isn’t exactly revolutionary, but it keeps everything nice and tidy. It also makes it easy to pack everything back into the box if you need to do so.