Search
Home
Miscellaneous
Prev2 of 5Next

Maybe it’s because I was born and raised on the West Coast of Canada, but I feel that taking care of the environment is a something that should be important to all of us. This was well before Al Gore enlightened the rest of the world on our carbon footprints and implored us to reduce, reuse and recycle. Green technology is the way of the future and it’s also quickly becoming the way of the present. 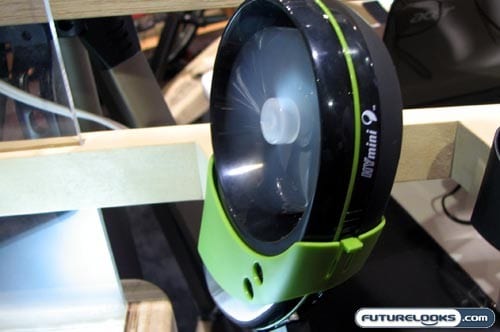 While something like the Ecosol Powerstick is a move in the right direction, it still largely relies on the power coming out of the wall. The HYmini handheld universal charger takes it several steps further by taking its power from the sun and from the wind. The palm-sized turbine can be attached to an arm strap or mounted to a bike’s handlebars, converting the wind energy into usable electricity for your BlackBerry, iPod, or any number of other portable electronics. The internal battery holds 1200mAh of juice, relaying that wherever you need it. 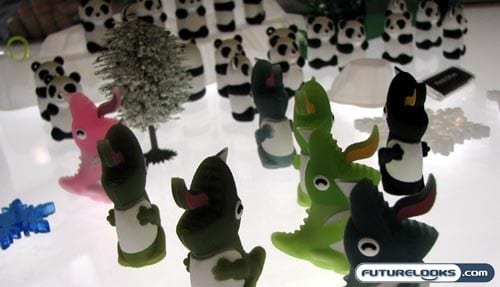 I’ve reviewed more than my fair share of USB flash drives. When I go through to complete a review, I’ll run the drive through a couple of benchmarks, comment on the build quality, and discuss any extras that may come along with the little piece of memory. Despite my relatively objective way of evaluating flash drives, I was drawn to this massive army at the Sands.

Fruitshop has created a huge range of extremely cute USB flash drives, shaped like everything from pandas to dragons, dog bones to mini-iPhones. I’m not sure how well they stand up on the performance end of things, but they could prove to be excellent accessories for school-aged children (and those who are young at heart). To get at the USB connector, you essentially decapitate your chosen creature. 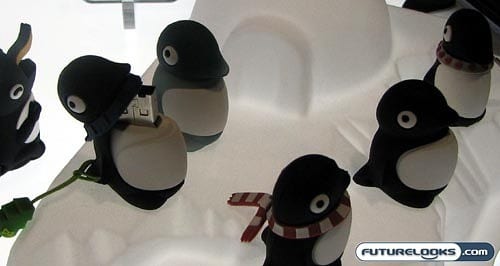 The squishy silicon injected exterior makes these drives quite hardy, I’d imagine, and the decapitating design ensures that you will never lose a cap. This is even better than the slider designs that I enjoy so much. The products are distributed by X-Treme Geek in North America.

Smoking Without the Smoke

I don’t smoke and I think that it’s a disgusting habit, but I do have a few friends who do smoke and some have been trying for some time to kick the habit. They’ve tried things like the patch and the gum, as well as trying to quit cold turkey, but nothing seems to work. There’s just something missing from those techniques.

Possibly serving as a way for you to reduce your addiction to the death sticks is an innovation known as the E-Cig. The electronic cigarette looks much like a real cigarette, except there is no tar and no smoke. All of those harmful chemicals have been removed, but you can still get your nicotine fix by sucking on the electronic cigarette… then you puff out vapors. It’s steam, so you still get a similar experience with similar sensations.

The $80 starter kit includes two batteries, a pack of refills (equivalent to four packs of cigarettes), a wall charger, and a car charger. Each successive four-pack of refills costs five bucks. You can see the E-Cig in action on YouTube.