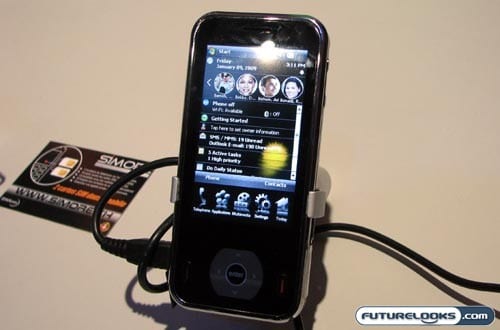 Some people may say that Windows Mobile is falling behind in the smartphone race, getting overshadowed by the iPhone, Google Android, and the recently revealed Palm Pre. Don’t tell that to the people at Mobinnova, because they’ve got one of the best looking WinMo phones on the market today, even if you’ve never heard of it. The Mobinnova ICE is the company’s flagship phone and it features a 3-inch touch sensitive display. Haptic feedback comes by way of what they call mobiFeel and you’ll be using the touchscreen for just about everything: there’s no physical keypad here, just like the iPhone and HTC Touch Diamond. 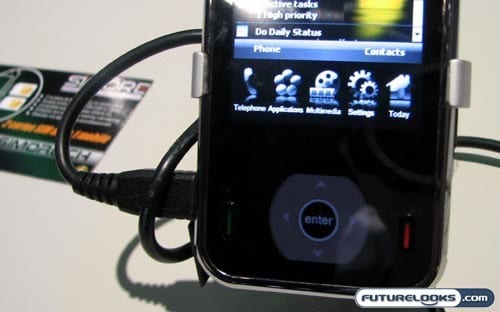 Interestingly, there is a second touchscreen display located where the five-way navigator would normally be. Dubbed the mobiShift touch panel, this morphs according to your current tasks and needs. Rounding out the specs are GPS, 3 megapixel autofocus camera, HSDPA/HSUPA, WiFi, microSD slot, and TV-out. On a side note, the current Sony Xperia X1 is built by HTC, but there is word that its successor (the Xperia X2) is being sourced to Mobinnova instead. Keep an eye out for that.

Motorola QA30 Slides Out for Fun 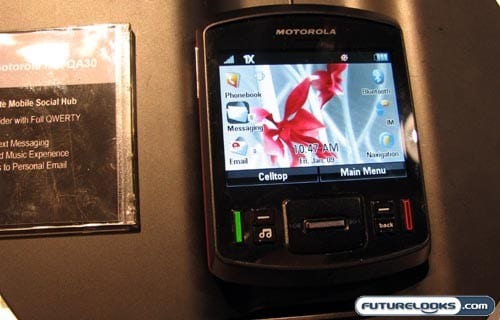 Oh, didn’t you know? Motorola has a little more up its sleeve than just the latest version of the RAZR. If you go over to the smartphone and messaging side of things, you’ll find that old Moto is actually doing a couple of nifty things.

The Motorola “Hint” QA30 is one such example. It’s not a smartphone, but it’s got a slide-out QWERTY keyboard. This makes it a perfect handset for people who send a lot of emails and type up a lot of text messages, because it’s a little more intuitive to do QWERTY than it is to use a touchscreen or T9. 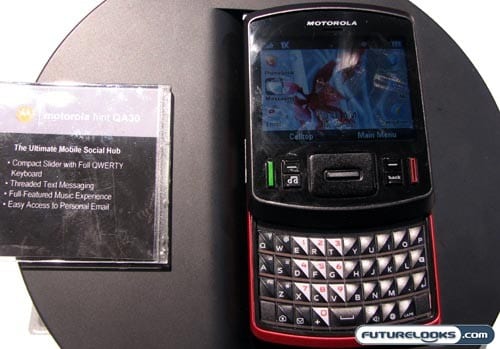 Available through US Cellular and Alltel Wireless in the United States, the super compact Motorola QA30 gets high-speed EVDO, a 2 megapixel camera with video, MP3 player, stereo Bluetooth, and threaded text messaging. Why can’t they make more phones like this on the GSM side of things? QWERTY “dumbphones” are great.