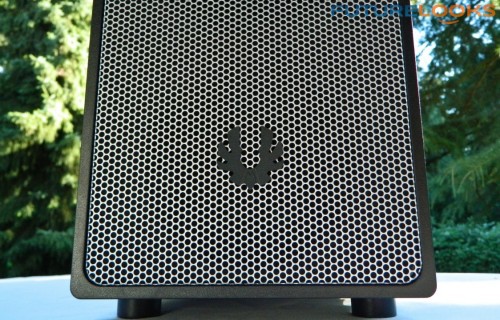 Most enthusiasts opt for high end and often pretty flashy computer enclosures. But there many users who continue to choose clean, easily manageable enclosures that also happen to be quite affordable. The tough part is finding one that has features you need, and is still attractive, despite the low cost. The BitFenix Neos, which launched just after COMPUTEX 2014, is a refreshing look at the segment, with simplicity and attractive design logic that offers all the features without the feel of cheap.

We also happen to have the BitFenix Fury 750G 80Plus Gold power supply, which is the company’s first PSU series built in the FSP Group plant. We’ve paired this new case and power supply together in the lab, to create a system that should test the temperature management of the Neos and the Fury that the 750G has to drive it.

The BitFenix Neos comes in four different, black and white accented, color combinations. All of them sport the same well painted chassis and machined mesh front, with a set of cutouts for two 5.25″ bays and two 120mm front fans. Depending on the kind of dust build up in your home, cleaning should still be relatively easy. There are also front and bottom rear filters that will additionally help control build up inside. 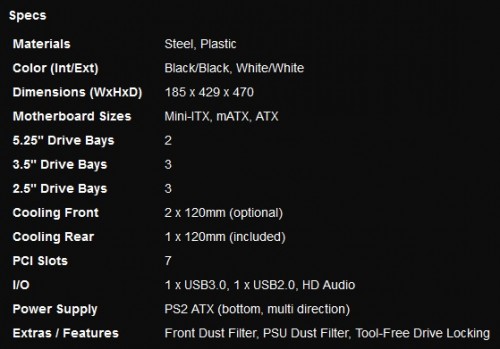 The specs list tells you just the amount of expansion you will have for building a system. There are a few attributes missing from the list though. First, the case has two rear rubber grommet holes for external tubing, has tool-less hard drive trays and bays, and is very light weight, yet feels sturdy enough to house a full case, without fear of crumbling under that weight.

In terms of pricing, the BitFenix Neos runs from $49.99 to $59.99 US with a windowed option at the higher end of the pricing scale. Since launch, the company has also added additional colors to the mix. 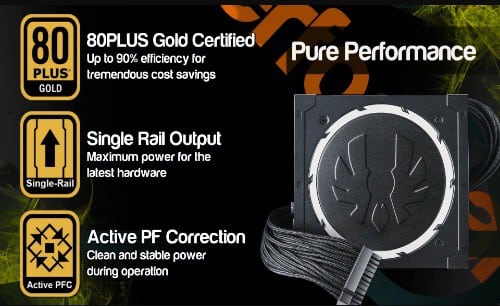 The new BitFenix Fury series of power supplies offers performance, reliability, and aesthetics without equal. It sports a matte black powder coat finish with a cool saw blade accent, accompanied by that fierce BitFenix winged graphic, stamped into the casing. The cabling is wrapped in Nanosleeve braiding for both aesthetics, yet are easy on the hands when managing them. The fan side almost looks identical except for the addition of a 135mm fluid dual bearing fan. BitFenix discloses no fan specs but these usually have low vibration and noise specs. 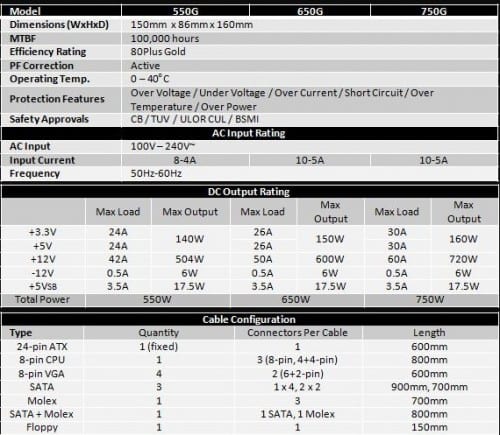 The BitFenix Fury offers 80Plus Gold certification up to 90% efficiency at full load and powers the system through a single 12V rail, The protection features include over-voltage, under-voltage, over-current, over-power, over-temperature, and short circuit protection. If the unit has the proper components mounted internally near the power cord socket, it should be able to handle a short which is important to DIY users. Why? We sometimes get a little creative and that can sometimes mean outside of the box thinking.

We’d like to note that at launch, the BitFenix Fury series wasn’t 100% Haswell-E certified. However, thanks to BitFenix’s very fast customer support, they made the modifications to ensure that their shipping PSU units are 100% compatible and certified for any Intel (or AMD) processor.

Let’s pop back to the case for quick walk through.